Bids are the lowest since gulf-wide sales began in August 2017 — and lower than any sale since 1993 for the productive central Gulf. 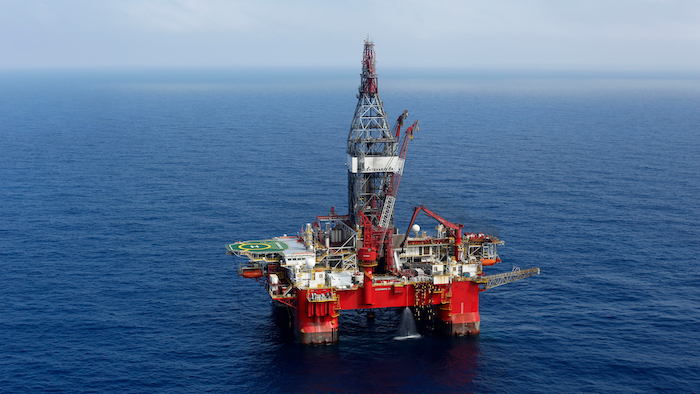 This Friday, Nov. 22, 2013, file photo shows the Centenario deep-water drilling platform off the coast of Veracruz, Mexico in the Gulf of Mexico.
Associated Press

NEW ORLEANS (AP) — Bidding on federal oil and gas leases in the Gulf of Mexico on Wednesday was the lowest since gulf-wide sales began in August 2017 — and lower than any sale since 1993 for the productive central Gulf.

Twenty-two companies made $93 million in high bids on 71 tracts, according to the Bureau of Ocean Energy Management, which conducts the sales.

“If the prices stay low for a long time, the next sale is going to be potentially worse,” he said, noting that prices plummeted again Wednesday from less than $27 a barrel to $20.37 a barrel.

Also Wednesday, environmental groups filed a federal court complaint in Washington, saying federal authorities approved the sale without fully analyzing the risks expanded drilling poses to the environment. Among the remedies sought by Healthy Gulf, the Sierra Club and the Center for Biological Diversity are a declaration that the government's decision to hold Wednesday's sale and two other ones violated the law, and to block the resulting leases. The center filed similar suits in 2018 and 2019.

A price war between Russia and Saudi Arabia and worldwide drops in travel because of the new coronavirus have cut oil prices to their lowest since 2002. The central Gulf sale that March $363.2 million in high bids on 506 tracts.

“With the recent drop in oil price, it came as no surprise that bidding dollar amount was significantly lower __ this is the first time the total high bid amount came in at below US $100 million since the region-wide lease sales began in 2017,” said Mfon Usoro, senior research analyst with Wood Mackenzie, in an emailed statement.

She said major oil companies accounted for more than 60% of the high bid amount. Shell, Chevron, BP and Total competed for recently expired leases in the Green Canyon and Garden Banks areas, where there is already substantial infrastructure, Usoro noted. If the agency accepts those high bids, the winners will pay a fraction of previous payments, her statement said.

Sales were consolidated in 2017 because the separate auctions had become so small.

Santos said technical improvements and service providers' lower prices in the face of reduced competition mean Gulf of Mexico drilling can break even when prices are about $45 a barrel rather than the $60 or $65 needed in 2014.

"This will come back. We've seen it many times," he said.