Ørsted is looking for ways to better monitor the movements of whales near wind farms, and ideas for reducing noise when turbines are installed. 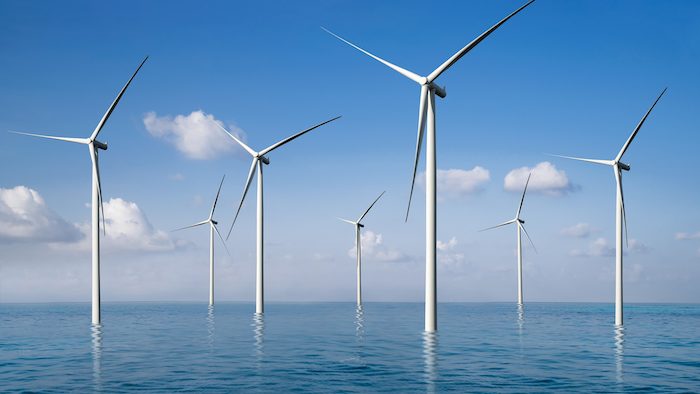 PROVIDENCE, R.I. (AP) — An offshore wind developer is opening a hub in Providence that its executives hope will help accelerate the takeoff of the industry in the United States.

Ørsted U.S. Offshore Wind, a division of the Denmark-based Ørsted, will launch its U.S. innovation hub in Providence on Monday. Ørsted employees will meet at the hub with U.S.-based startups and small companies to discuss early-stage technologies to address issues the industry faces.

“In essence, a lot of this is really about taking the global know-how that we bring on this industry and connecting that to novel innovation in the U.S.,” said Hamann, who is based in Copenhagen.

Ørsted is looking for ways to better monitor the movements of whales near wind farms, and ideas for reducing noise when turbines are installed, for example, Hamann said. Last year, to ensure that its technicians could safely transfer between small boats and offshore wind turbines, Ørsted signed a deal to invest in the Scottish company Pict Offshore, which had developed a hoist system.

“It's my hope that this will just keep building on itself, and over time you're going to see, in Rhode Island, more supply chain companies to service the offshore wind farm, more energy storage companies, more undersea mapping technologies,” Raimondo said in an interview this week. “It's a whole ecosystem and it's starting to build right here.”

Driving down the pricing for offshore wind has been, and will continue to be, an important driver of innovation, said Matthew Morrissey, head of Northeast markets for Ørsted. But, he added, they're looking to evolve every aspect of their business to improve the standardization, safety and overall operation of wind farms, as well as create jobs locally.

The hub will serve as the first point of contact for U.S. companies interested in contracting with Ørsted. Morrissey said the goal is to make it easy for companies to make a pitch, get clear information and perhaps contracts.

The Danish parent company employs about 6,500 people and reported revenue for the group at 9.1 billion euros (nearly $9.9 billion) in 2019.

Ørsted considered locating the hub in Boston or Cambridge, but Morrissey said Providence was the clear choice. He noted that many people work in offshore wind or related industries in Rhode Island and that the state is a pioneer in maritime innovation.