Its part of the country's effort to cease production of atomic energy. 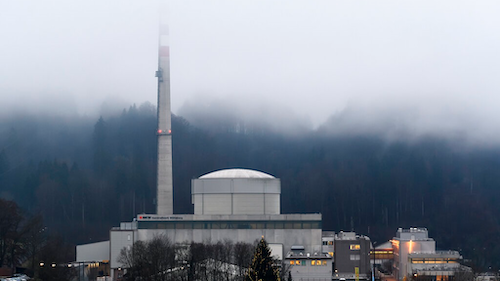 BERLIN (AP) — Switzerland on Friday shut down one of its oldest nuclear power plants, part of a plan to end the domestic production of atomic energy before the middle of the century.

BKW, which is majority owned by the canton (state) of Bern, said it plans to begin dismantling the plant in January, a process that will take until 2034. Decommissioning and deposing of radioactive remains is estimated to cost 3 billion Swiss francs ($3.1 billion).

Muehleberg is the smallest of Switzerland's four remaining nuclear power plants. It began operation in 1972.

Switzerland is home to the world's oldest still-operating nuclear power plant, Beznau, which will be shut down toward the end of 2029.

The remaining two nuclear plants, Goesgen and Leibstadt, will be shuttered around 2040 and 2045 respectively.

Switzerland plans to significantly increase the production of renewable energy from solar and wind over the coming decades to meet its power needs. As part of the European grid, Switzerland also buys electricity from neighboring countries such as France, which has numerous nuclear power plants.

Earlier this week, campaigners submitted enough signatures to force a referendum on incorporating the goal of making Switzerland ‘climate neutral’ by 2050 in the country's constitution. Doing so would require ending virtually all burning of fossil fuels by mid-century.