The U.S. Energy Department is asking a federal judge in Reno to dismiss the state's lawsuit challenging plutonium shipments to Nevada, adding that the material at the storage site north of Las Vegas does not threaten public safety. 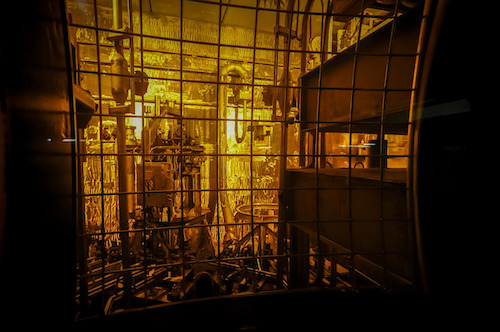 This Nov. 20, 2013, file photo, seen through thick protective glass shows the area where workers sand-blast the large stainless steel tanks used in the vitrification process to rid them of contaminants at the Defense Waste Processing Facility at the Savannah River Site near Aiken, S.C. Image credit: AP Photo/Stephen B. Morton, File

The U.S. Energy Department is asking a federal judge in Reno to dismiss the state's lawsuit challenging plutonium shipments to Nevada, adding that the material at the storage site north of Las Vegas does not threaten public safety.

Department officials have stepped up their explanation of why the site housing the weapons-grade plutonium north of Las Vegas isn't vulnerable to dangers posed by earthquakes despite concerns raised last month by an independent safety board that the threat of seismic activity hasn't been adequately addressed and that the facility currently is operating with "unknown risk."

Bruce Hamilton, chairman of the Defense Nuclear Facilities Safety Board, said in a March 21 letter to Energy Secretary Rick Perry that "a seismically induced high explosive violent reaction could result in unmitigated" radiation exposure to the public.

But Hamilton walked back those concerns in congressional testimony last week, explaining that the warning was directed at a type of testing that no longer occurs at the Nevada National Security Site's Device Assembly Facility 60 miles (97 kilometers) from Las Vegas.

The state of Nevada has asked the 9th Circuit Court of Appeals in San Francisco to order the government to remove the plutonium from the site pending its appeal of Judge Miranda Du's refusal to issue a temporary injunction banning any more shipments to Nevada.

Over the objections of Nevada, the Department of Energy approved a plan last August to ship the material from South Carolina to Nevada for staging before it moves on to another site in the government's military nuclear complex in New Mexico.

Nevada filed a lawsuit in November to block the shipments, but while the case was pending, the Department of Energy disclosed in January it already had shipped a half metric ton (1,102 pounds) of the plutonium to the Nevada site sometime before November.

Lawyers for the Department of Energy said in a motion to dismiss Nevada's lawsuit last week that the claims made by the state about the threat of radiation exposure resulting from shipments of the plutonium are moot because the material already has been shipped to Nevada.

"The storage is already occurring and can't be undone without transporting the plutonium out of the state, which is already planned to occur by 2027," they said.

Sen. Catherine Cortez Masto, D-Nevada, has been pressuring Perry to expedite the removal of the material from Nevada. During an April 2 hearing before the Senate Energy and Natural Resources Committee, she grilled him about the earthquake concerns that Hamilton had characterized as "significant" in the March 21 letter to Perry.

"I think it's safe senator," Perry told her.

Lisa Gordon-Hagerty, the administrator of the Department of Energy's National Nuclear Security Administration, reinforced that view April 9 in testimony before the House Armed Services Subcommittee on Strategic Forces.

"The scenario they've thrown out is not something that could occur as we don't conduct nuclear explosions at the Device Assembly Facility," Gordon-Hagerty said. Such tests haven't occurred there since 1992, she said.

Seated next to Gordon-Hagerty, Hamilton told the panel his earlier concerns were based on the fact the facility was designed and built to conduct such high-level explosions, and that the Department of Energy has not eliminated the possibility of resuming those kinds of tests in the future. But he acknowledged "they don't do that right now."

"Given the set of parameters you are designed for, you have some new seismic information that needs to be added to the calculation," Hamilton said. "But there is an erroneous perception in the press that the DAF (the Device Assembly Facility) is unsafe."

"For its current mission... DAF is unequivocally not" vulnerable to an earthquake disaster, he said. "If it were, the board would have issued a formal recommendation, which we did not." 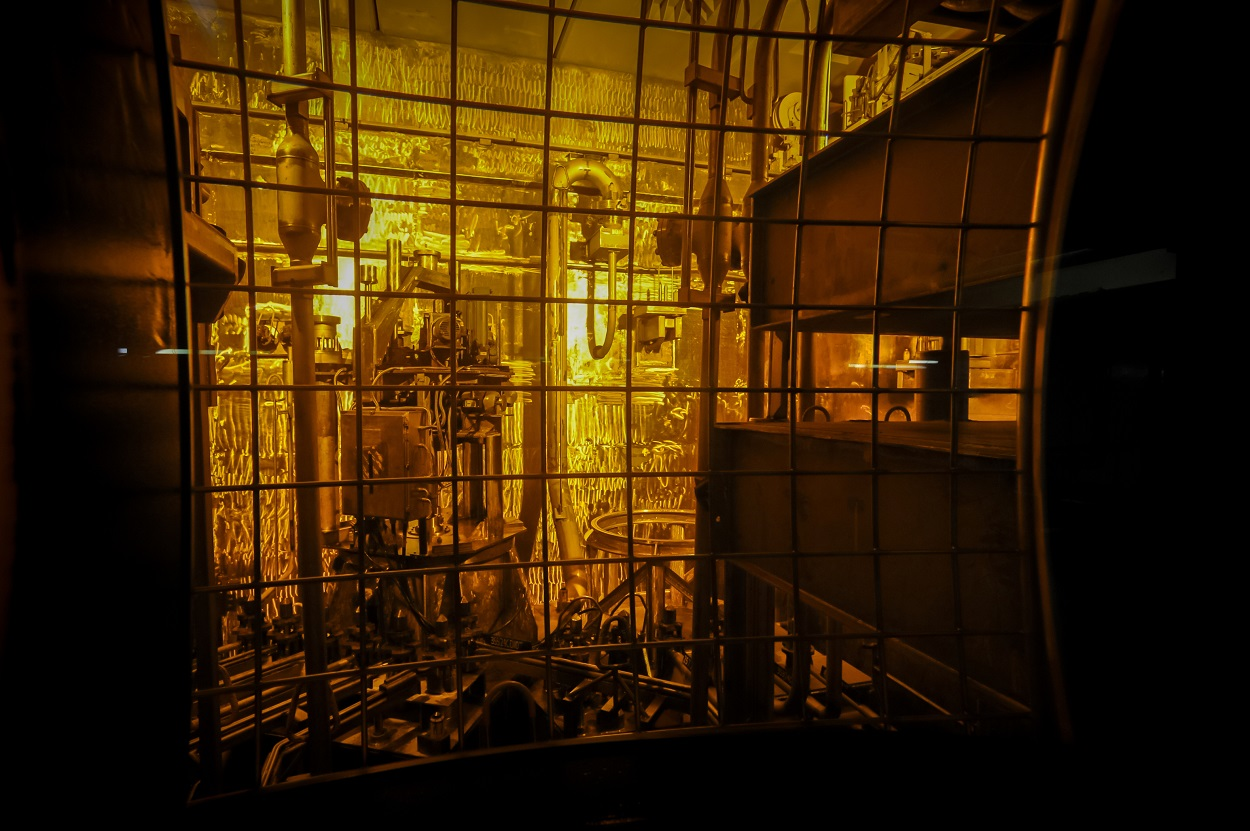 This Nov. 20, 2013, file photo, seen through thick protective glass shows the area where workers sand-blast the large stainless steel tanks used in the vitrification process to rid them of contaminants at the Defense Waste Processing Facility at the Savannah River Site near Aiken, S.C. Image credit: AP Photo/Stephen B. Morton, File
Latest in Energy