Removal of Fuel in Pool at Fukushima's Melted Reactor Begins

The operator of the tsunami-wrecked Fukushima nuclear plant began removing fuel Monday from a cooling pool at one of three reactors that melted down in the 2011 disaster, a milestone in what will be a decades-long process to decommission the facility. 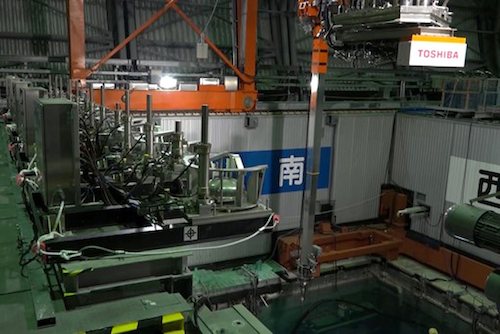 The operator of the tsunami-wrecked Fukushima nuclear plant began removing fuel Monday from a cooling pool at one of three reactors that melted down in the 2011 disaster, a milestone in what will be a decades-long process to decommission the facility.

Tokyo Electric Power Co. said workers started removing the first of 566 used and unused fuel units stored in the pool at Unit 3. The fuel units in the pool located high up in reactor buildings are intact despite the disaster, but the pools are not enclosed, so removing the units to safer ground is crucial to avoid disaster in case of another major earthquake similar to the one that caused the 2011 tsunami.

TEPCO says the removal at Unit 3 will take two years, followed by the two other reactors, where about 1,000 fuel units remain in the storage pools.

Removing fuel units from the cooling pools comes ahead of the real challenge of removing melted fuel from inside the reactors, but details of how that might be done are still largely unknown. Removing the fuel in the cooling pools was delayed more than four years by mishaps, high radiation and radioactive debris from an explosion that occurred at the time of the reactor meltdowns, underscoring the difficulties that remain.

Workers are remotely operating a crane built underneath a jelly roll-shaped roof cover to raise the fuel from a storage rack in the pool and place it into a protective cask. The whole process occurs underwater to prevent radiation leaks. Each cask will be filled with seven fuel units, then lifted from the pool and lowered to a truck that will transport the cask to a safer cooling pool elsewhere at the plant.

The work is carried out remotely from a control room about 500 meters (yards) away because of still-high radiation levels inside the reactor building that houses the pool.

"I believe everything is going well so far," plant chief Tomohiko Isogai told Japanese public broadcaster NHK. "We will watch the progress at the site as we put safety first. Our goal is not to rush the process but to carefully proceed with the decommissioning work."

About an hour after the work began Monday, the first fuel unit was safely stored inside the cask, TEPCO spokesman Takahiro Kimoto said. Monday's operation was to end after a fourth unit is placed inside the cask, he said. No major damage was found on the fuel unit Monday, but plant officials will closely examine if there are any pinholes or other irregularities, Kimoto said.

The removal, however, raises a storage capacity concern at the plant because the common pool, where fuel from the Unit 3 pool heads to, already has 6,000 fuel units and is almost full. Kimoto said TEPCO has made room at the common pool for the incoming fuel by moving years-old and sufficiently cooled fuel into dry casks for safer, long-term storage, though further details are being worked out.

In 2014, TEPCO safely removed all 1,535 fuel units from the storage pool at a fourth reactor that was idle and had no fuel inside its core when the March 11, 2011, earthquake and tsunami occurred.

Robotic probes have photographed and detected traces of damaged nuclear fuel in the three reactors that had meltdowns, but the exact location and other details of the melted fuel are largely unknown. Removing fuel from the cooling pools will help free up space for the subsequent removal of the melted fuel, though details on how to gain access to it have yet to be decided.

Experts say the melted fuel in the three reactors amounts to more than 800 tons, an enormous amount that is more than six times that of the 1979 accident at Three Mile Island, where one reactor had a partial core melt.

In February, a remote-controlled robot with tongs removed pebbles of nuclear debris from the Unit 2 reactor but was unable to remove larger chunks, indicating a robot would need to be developed that can break the chunks into smaller pieces. Toshiba Corp.'s energy systems unit, which developed the robot, said the findings were key to determining the proper equipment and technologies needed to remove the melted fuel, the most challenging part of the decommissioning.

TEPCO and government officials plan to determine methods for removing the melted fuel from each of the three damaged reactors later this year so they can begin the process in 2021. 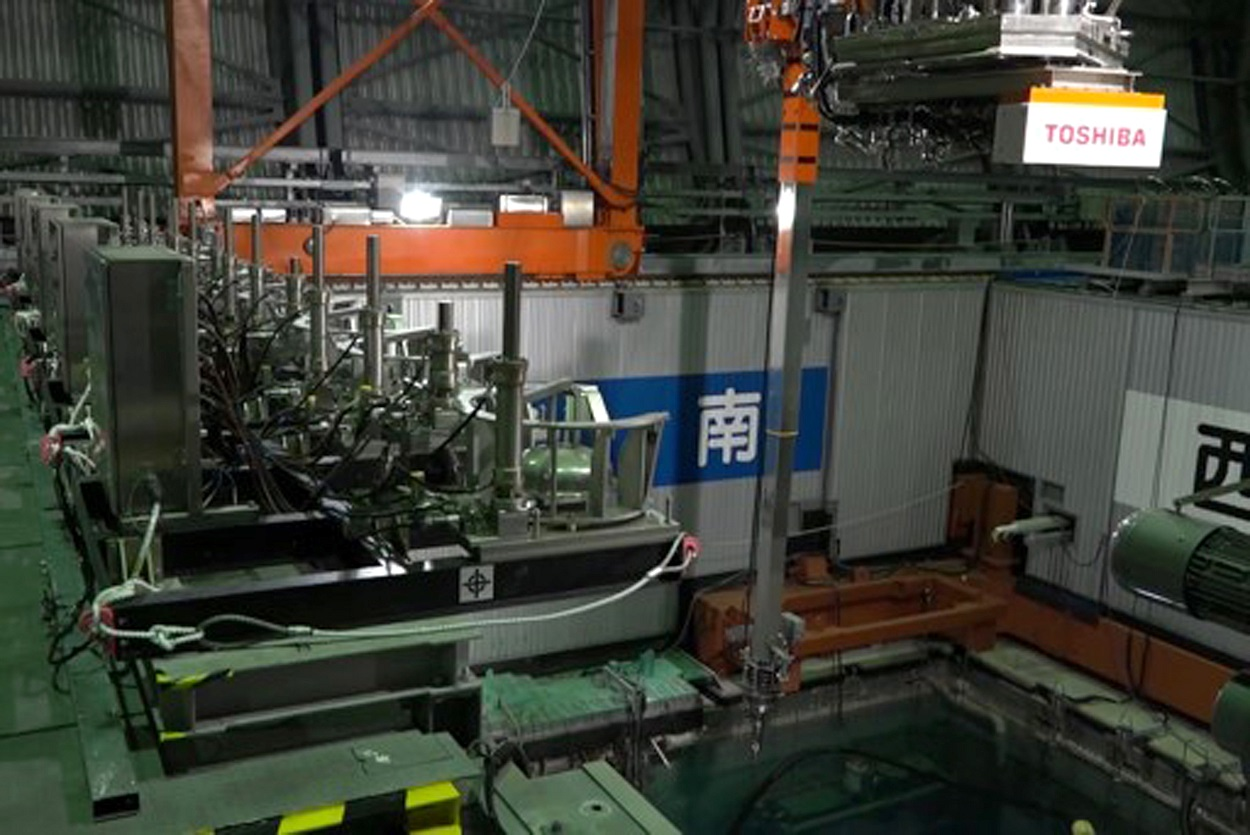