Report: Efforts to Suck Carbon From Air Must be Ramped Up

The nation needs to ramp up efforts to suck heat-trapping gases out of the air to fight climate change, a new U.S. report said. 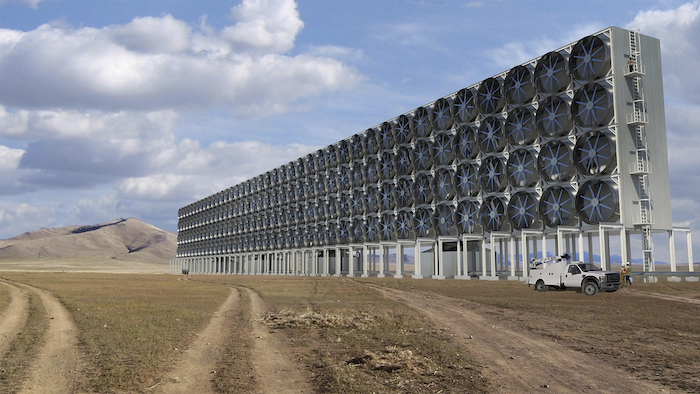 The nation needs to ramp up efforts to suck heat-trapping gases out of the air to fight climate change, a new U.S. report said.

The report Wednesday from the National Academy of Sciences says technology to do so has gotten better, and climate change is worsening. By mid-century, the world needs to be removing about 10 billion metric tons of carbon dioxide out of the air each year. That's the equivalent of about twice the yearly emissions of the U.S.

Last year the world put nearly 37 billion metric tons of carbon dioxide into the air, and emissions have been rising.

Steve Pacala, Princeton University biologist and chair of the panel, said in an interview that having ways to remove heat-trapping gases from the atmosphere would make the job of tackling climate change "much easier."

"It causes one to think differently about the climate problem when you have a backstop," he said. "And the ultimate temperature we have to suffer through is going to be lower."

The report comes on the heels of a United Nations science report that painted a bleak picture of the world's ability to avoid dangerous warming. Wednesday's study "is sort of more optimistic; it gives some operational advice," said Kate Gordon, a research scholar at the Columbia Center for Global Energy policy who was not part of the report's panel.

The 370-page report called for the nation to invest in technologies and methods that would remove the heat-trapping gasses like carbon dioxide from the atmosphere that are generated from human activities like burning coal and natural gas for electricity, or burning gasoline and diesel for transportation. The technologies outlined include the simple and the futuristic:

— Plant more trees and manage forests better, and limit the amount of land used by people. Plants take carbon dioxide from the air and use it to grow.

— A relatively new technology called direct air capture. Pilot projects have started using giant fans that pull in air, use a chemical reaction to suck carbon out, and then inject it underground.

— A still-to-be-worked out technology that relies on certain types of rock that can absorb carbon dioxide.

— Burning more biofuel — like wood — and capturing the carbon dioxide after combustion and either burying it underground or making it into solids that can be spread on dirt.

"These technologies will clearly help since we have screwed up a lot," said Nobel Prize-winning atmospheric chemist Mario Molina of the University of California San Diego, who wasn't part of the report's panel.

The good news is that technology in this field has advanced more in the past nine months than it had in the previous decade, said study co-author Christopher Jones, an engineering professor of Georgia Tech.

Pacala said the natural methods like tree planting is pretty cheap and available now. But he said they can only do so much because "there's a limit to available land."

Jason Furtado, a meteorology professor at the University of Oklahoma who wasn't part of the report, called the bioenergy method the most promising, but not necessarily the easiest.

The direct air capture, being used by Climeworks , Carbon Engineering and others, is mostly limited by cost, Pacala said.

Carbon Engineering acting chief scientist David Keith, a Harvard University professor, said removing carbon from the air makes sense only once humans have stopped putting so much in the air. "The idea that humanity might continue huge fossil (fuel) emissions while simultaneously balancing them with removal is nutty — you plug the leaks before bailing the boat."

The report addresses concerns that it creates a "moral hazard" — raising hopes about the promise of these carbon-removal technologies that could give civilization an excuse not to cut emissions from coal, oil and gas now. Pacala said carbon removal technologies aren't a substitute for massive reductions in carbon emissions. They are tools to get overall emissions down, he said.

"The fact that we need large-scale negative emissions essentially tells us that we have left it (until) too late to solve the problem," said Norwegian scientist Glen Peters, who tracks global carbon emissions. 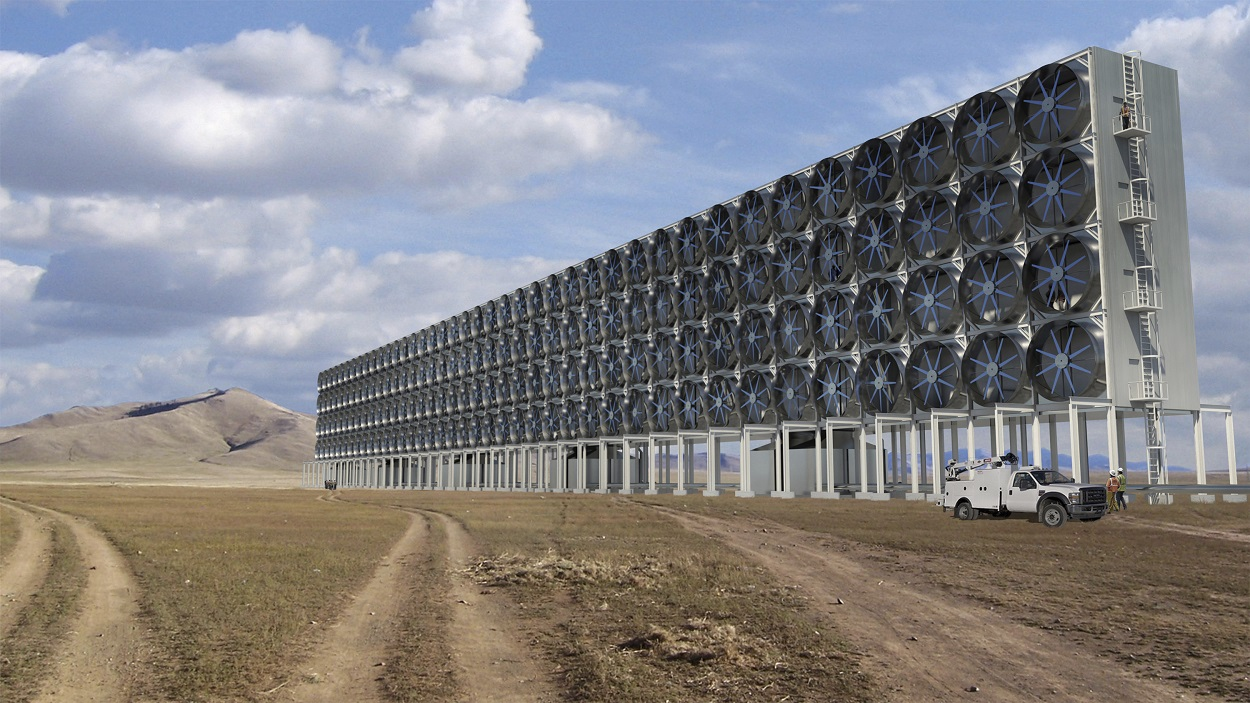 This illustration provided by Carbon Engineering in October 2018 shows one of the designs of the company's air contactor assemblies to remove carbon dioxide from the atmosphere. Image credit: Carbon Engineering via AP
Latest in Energy