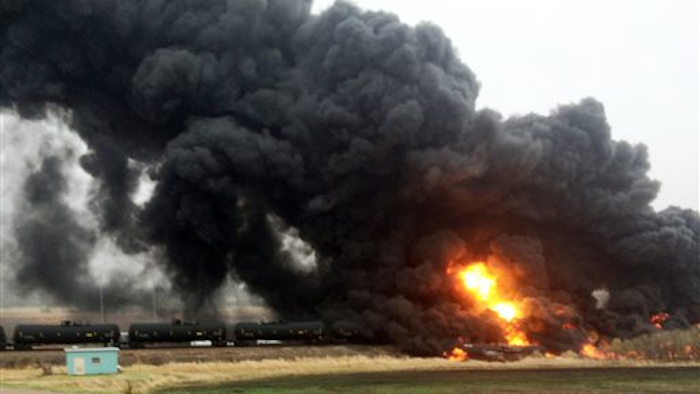 The explosion is the fifth such crash in North America since February, including derailments in West Virginia, Illinoisand Ontario. Reports indicated 24 derailments occurred since 2006.