Hawaii Enters National Debate Over Future Of Ethanol In Gas

Hawaii lawmakers have put the state at the front of a national discussion over the future of ethanol in gasoline by passing a bill that puts an end to a requirement that the corn-based additive be mixed into fuel sold in the state. 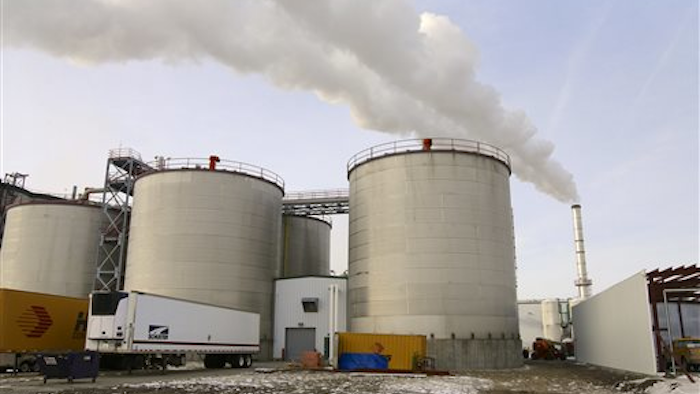 Hawaii lawmakers have put the state at the front of a national discussion over the future of ethanol in gasoline by passing a bill that puts an end to a requirement that the corn-based additive be mixed into fuel sold in the state.

The move comes as Congress faces pressure to review a federal mandate that calls for ethanol and other renewables in the nation's fuel supply.

Hawaii has required a 10 percent ethanol blend in its gas since 2006. The order was intended to support alternative energy and boost local agriculture.

Opponents, however, say those benefits haven't come, since Hawaii has been importing blended fuel. "Hawaii embarked on a grand experiment to figure out if we can help establish a local renewable ethanol industry, producing ethanol from locally grown feed stocks," Rep. Chris Lee said. "Unfortunately, it just never materialized."

Gov. David Ige hasn't made a decision on the bill, but he indicated support Wednesday, saying no one invested in ethanol in Hawaii despite tax credits. The Democrat called it a "lesson learned."

The bill passed amid support from an odd coalition of environmentalists, fuel manufacturers and poultry farmers who blamed ethanol for cutting into their profits by raising the cost of feed.

More than a dozen states have ethanol mandates, according to the National Conference of State Legislatures, which tracks state government activity. No similar bills have been introduced elsewhere this year, the group said Wednesday, making Hawaii the second state to pass such a bill.

Florida ended its mandate in 2013, the same year the Environmental Protection Agency proposed reducing the amount of ethanol in fuel, acknowledging that a federal push wasn't working as well as expected.

There have been no changes to federal law on the issue since the EPA report, but Pennsylvania Republican Sen. Pat Toomey and California Democratic Sen. Dianne Feinstein have introduced a bill seeking to repeal the corn ethanol mandate in the federal Renewable Fuel Standard.

A bi-partisan group of dozens of other U.S. senators, however, recently sent the agency a letter supporting the requirement that resulted in about 10 percent of fuel in the U.S. containing ethanol last year.

"It has strengthened agriculture markets and created hundreds of thousands of jobs in the new energy economy," the letter, signed by 37 senators, including Hawaii Democrats Brian Schatz and Mazie Hirono, stated, "many of which are in rural areas."

The near-impossible will be needed to transform the nation's power grid toward renewable energy.
Apr 27th, 2021
Follow Us
Most Recent