A partial closure of an aging coal-fired power plant serving customers across the Pacific Northwest could come earlier than planned depending on the actions of its co-owner and Montana lawmakers, according to documents released Tuesday by Washington state regulators. 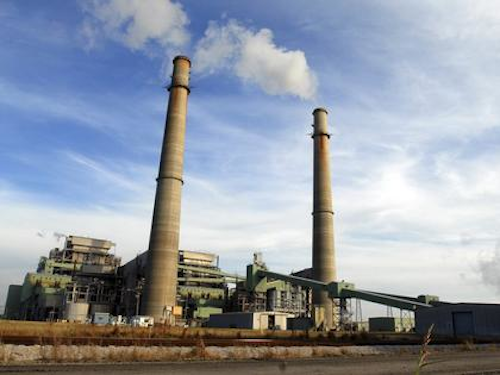 BILLINGS, MT — A partial closure of an aging coal-fired power plant serving customers across the Pacific Northwest could come earlier than planned depending on the actions of its co-owner and Montana lawmakers, according to documents released Tuesday by Washington state regulators.

The 2,100-megawatt facility is one of the largest coal-fired plants in the West. It's seen as increasingly uneconomical to operate because of competition from cheaper power sources and mounting pollution control costs.

Puget Sound has a 50 percent share of Colstrip Units 1 and 2, which were built in the 1970s. The utility reached an agreement last year with environmentalists that requires their closure by July 2022.

Puget Sound representatives warned that could happen sooner given that co-owner Talen Energy wants to exit its role as Colstrip's operator by mid-2018.

Puget Sound also suggested an early closure could be prompted by pending measures before the Montana Legislature that include a proposed wholesale energy tax increase aimed at helping the community of Colstrip recover from any closure.

"The impact of some of those provisions becoming law may ultimately influence how cost-effective it is to continue to run the units," Ronald Roberts, director of thermal resources for Puget Sound, said in testimony submitted to the Washington Utilities and Transportation Commission.

Roberts said a tax increase could make Units 1 and 2 less economical than power from other sources.

The measure by Montana Rep. Jim Keane, D-Butte, would double a state tax from .015 to .030 cent per kilowatt hour on the electricity generated by power plants that is put on transmission lines.

Half the money collected would go into the state's general fund and the other half would go into a new account for grants and loans to help communities where a power plant is closing.

Keane said Puget Sound could seek an early closure of the power plant, but would need the approval of the investment firm Riverstone Holdings LLC, which bought Colstrip co-owner Talen Energy last year. Keane said he hopes the private company will be more receptive to operating the plant as long as possible.

"I think you have to take the threat seriously, but at the same time they can't close the plant down without the cooperation of both owners," Keane said.

Other bills pending in Montana would require Puget Sound and Talen to submit a decommissioning and remediation plan to the Montana Department of Environmental Quality, and a measure appropriating $130,000 to allow the state to intervene in the Puget Sound's rate case in Washington state.