Energy holding company, Quantum Energy, has made a pair of acquistions in the oil and gas space that it says are part of a plan to diversify its refinery development plan. 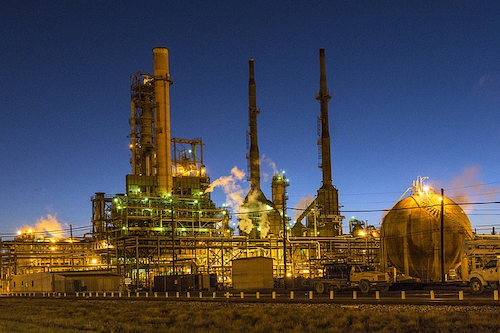 Energy holding company, Quantum Energy, has made a pair of acquistions in the oil and gas space that it says are part of a plan to diversify its refinery development plan.

The purchases include a company with approximately 3,000 acres and 89 well bores in the Texas Panhandle, along with an approximate 5 percent working interest in a heavy oil project in Missouri.

"These acquisitions add $3,500,000 in assets along with $1,900,000 of net equity," said Stan Wilson, Quantum Chairman. Both acquisitions were completed by means of a share exchange and contribution agreement.

In a statement, Quantum said continues its Bakken refinery development projects with ongoing permitting efforts in North Dakota and an increased emphasis on a 40,000 bpd proposed project in the Stoughton area of Saskatchewan, Canada. Quantum is in the process of forming a Canadian subsidiary, Energy Processing Group, Inc., to develop the Stoughton processing center and will be announcing its board and officers soon.

Chairman Wilson has assumed the role of CEO replacing Andrew Kacic upon his resignation as an officer and director effective July 1, 2016.