Collaboration and negotiation allowed Colorado to draw up oil and gas regulations that protect the public and the environment while encouraging a lucrative state industry, the governor and the president of an industry group say.

DENVER (AP) — Collaboration and negotiation allowed Colorado to draw up oil and gas regulations that protect the public and the environment while encouraging a lucrative state industry, the governor and the president of an industry group say.

Gov. John Hickenlooper and American Petroleum Institute President Jack Gerard talked Thursday about regulation, the future of the industry and the possibility of limits on hydraulic fracturing or fracking.

Hickenlooper — a Democrat and a former petroleum geologist — and Gerard appeared together at an industry forum in Denver. Gerard discussed the industry later in an interview with The Associated Press. Here are some of the issues they discussed:

Proposals to allow local governments to ban fracking, or to increase the minimum distance between new wells and buildings, could expose the state to expensive lawsuits, Hickenlooper said.

Mineral rights are considered property, and imposing rules that effectively keep drilling companies from getting to oil and gas would amount to an illegal "taking," he said. "We've got to be cautious here about what we're doing," he said.

Some groups are pushing to get measures on the November ballot that could restrict fracking. Gerard said Colorado already has a process in place to discuss and change the rules, if needed. "We believe the process is working. We believe it's unnecessary to put anything on the statewide ballot," he said.

Colorado's first-in-the nation regulations on methane pollution from oil and gas operations were the result of balancing the needs of industry and the environment, Hickenlooper said. The negotiations were long and difficult, but they worked, he said.

"There is a grudging respect from both sides that this is the way to create progress," he said.

Gerard questioned the need for regulations because the industry doesn't want to leak methane, it wants to sell it. Oilfield methane pollution has declined by 75 percent since 2005 without regulation, he said.

Nationwide methane rules proposed by the federal government are unnecessary, Gerard said, and if the gas is regulated, it should be done by the states, which can tailor the rules to local conditions.

The U.S. depends on petroleum for materials used to manufacture everyday products such as cellphones and cars, not just for energy, Gerard said, and the government shouldn't try to regulate the industry out of existence in favor of renewables.

Hickenlooper said it's unreasonable to think the nation can abruptly stop using oil and gas. "We're a long way away from saying we could suddenly walk away from hydrocarbons without doing significant damage to our economy," he said.

Abundant supplies and lower-than-expected demand have depressed oil and gas prices, which prompted the industry to cut back on drilling and lay off some workers. Gerard said it's impossible to predict when demand will pick up.

When the turn-around comes, the U.S. could be the world's leader in production because of technological advances that reduce the cost of recovering oil and gas, making it feasible to drill in new areas, Gerard said. "This is a very unique American moment," he said. 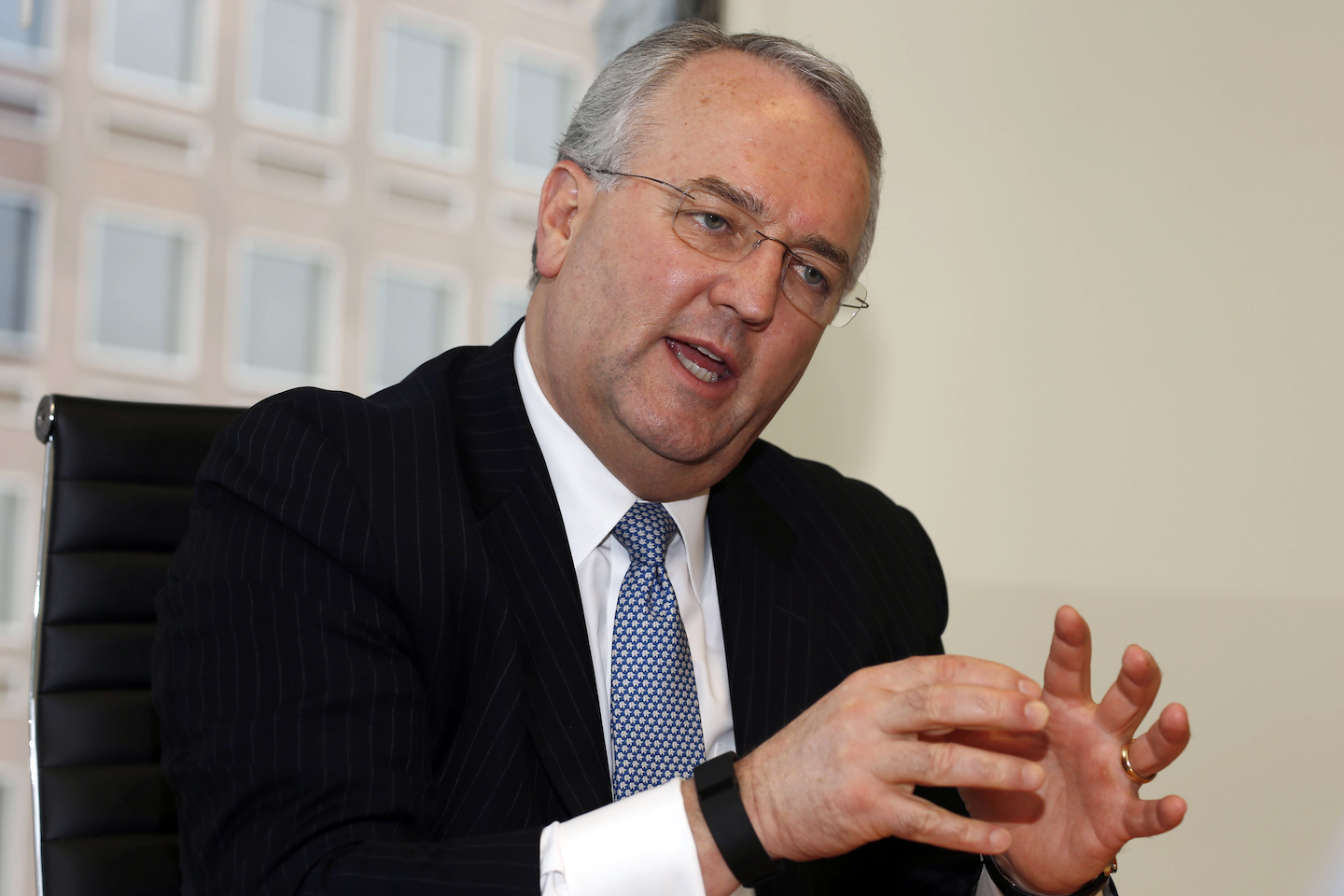