Coke says it wants to mend relations with critics of its sugary drinks. Sandy Douglas, president of Coke North America, said in an interview with The Associated Press that Coke is hoping to change its "adversarial" relationship with public health advocates. 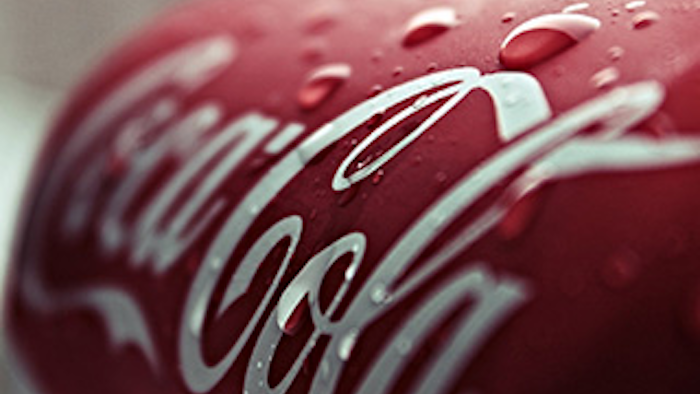 NEW YORK (AP) — Coke says it wants to mend relations with critics of its sugary drinks.

Sandy Douglas, president of Coke North America, said in an interview with The Associated Press that Coke is hoping to change its "adversarial" relationship with public health advocates.

The phone interview took place Nov. 17, after Coca-Cola Co. learned the AP had obtained emails between the company and leaders of the Global Energy Balance Network, which was founded to fight obesity. The group says on its website that it received an "unrestricted gift" from Coke and that the company has "no input" into its activities.

Behind the scenes, however, emails show Coke was instrumental in shaping the group. It helped pick its leaders, edited its mission statement and suggested content for the group's website. A proposal circulated at Coke also laid out a vision for a group that would counter the "shrill rhetoric" of "public health extremists" who want to limit or tax foods they deem unhealthy.

After being contacted about the emails, Coke told the AP it accepted the retirement of its chief health and science officer, Rhona Applebaum, who initially managed the relationship with the group. Coke CEO Muhtar Kent also said in a statement there "was not a sufficient level of transparency" regarding the company's involvement with the group.

Here's what Douglas had to say:

"There was a sense of it being adversarial. That's not just on our end," Douglas said.

He expressed regret for some of the language used in the proposal for the Global Energy Balance Network, saying it was not consistent with Coke's culture of "civility and inclusion and positive engagement."

TURNING OVER A NEW LEAF?

Coke is already working on becoming more transparent about its health efforts, Douglas noted. Those efforts began after the Global Energy Balance Network came under fire in August when The New York Times reported the group was funded by Coke.

So far, Coke has disclosed on its website that it spent nearly $120 million funding health experts and groups since 2010. Douglas said he has also been engaging individuals in the public health community to figure out the best path forward for Coke.

"We will continue to listen and learn. We will do so because we care," he said.

CHANGES TO BE DETERMINED

Douglas said there is no timeline yet for when the company will determine what changes it will make. When asked whether Coke was considering ending funding of industry groups such as the American Beverage Association, Douglas said: "It's safe to say that everything is under review and on the table."

Douglas stressed that Coke's efforts to reevaluate its approach are sincere.

Douglas said he believed Coke had good intentions and was forthcoming about its involvement with Global Energy Balance Network. As ill-advised as its approach may have been, he said the goal was to try and be helpful.

Douglas said it is not Coke's goal to get people to overconsume soda.

"If folks are saying the moderate consumption of our beverages is causing obesity, then we're going to argue with that, because it's not true," he said.