Turkey's energy minister says an explosion on a natural gas pipeline between Iran and Turkey caused a large fire and shut down the flow of gas. 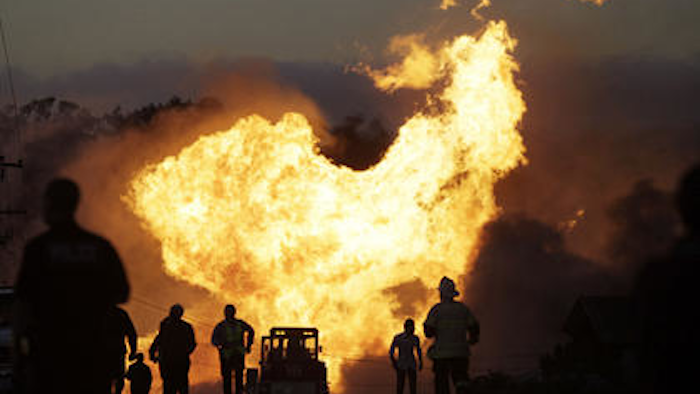 ANKARA, Turkey (AP) — Turkey's energy minister says an explosion on a natural gas pipeline between Iran and Turkey caused a large fire and shut down the flow of gas.

Taner Yildiz said Tuesday the explosion was in Agri province, some 15 kilometers from the Iranian border, and he suggested Kurdish rebels were to blame. He said the fire was quickly brought under control.

The attack late Monday comes amid a spike in violence in recent weeks. Turkey last week launched raids against Kurdish rebel bases in northern Iraq — at the same time that it began cracking down on the Islamic State group — ending a fragile cease-fire with the Kurds.

The Kurdistan Workers Party, or PKK, has attacked pipelines in the past as part of its armed campaign for autonomy.