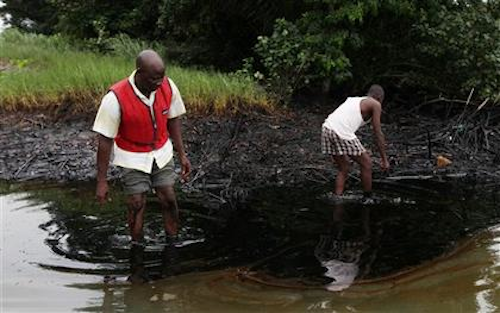 Thousands of lives have been wrecked, according to Amnesty International: oil slicks killed the fish, earth crusted with crude grows stunted crops, lungs are polluted from oil flaring.

The executions came two years after protesters forced Shell out of Ogoniland, although its pipelines still carry oil.

"It is heartbreakingly tragic," said Amnesty International's Nigeria director M.K. Ibrahim. "The oil spills have not stopped, and Shell has still not cleaned up this huge environmental degradation."

Shell says it is committed to cleaning up the pollution.