Tensions Build Over Whether Paris Climate Deal is Binding

France's leadership is bristling at U.S. resistance to making a global climate accord under negotiation in Paris next month legally binding. 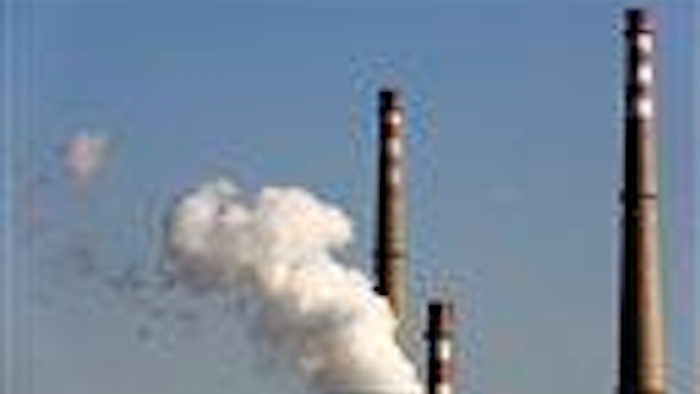 PARIS (AP) — France's leadership is bristling at U.S. resistance to making a global climate accord under negotiation in Paris next month legally binding.

French President Francois Hollande, whose country is hosting U.N. climate talks Nov. 30-Dec. 11, told reporters in Malta on Thursday that "if the deal is not legally binding, there is no accord, because that would mean it's not possible to verify or control commitments that are made."

He was responding to comments by U.S. Secretary of State John Kerry to the Financial Times saying an eventual agreement would have no legally binding targets.

The deal being negotiated in Paris would be the first asking all countries to reduce emissions. Some 150 countries have already submitted targets for cuts of greenhouse gas emissions that contribute to global warming.

So far those targets are voluntary, but European negotiators want to make cuts obligatory. The Obama administration has resisted, because it would need to submit internationally binding targets to a skeptical Senate for approval.

Negotiators are discussing compromise options, such as having parts of the agreement legally binding but not the emissions targets, which would require a green light from the U.S. Senate. Republic lawmakers who control the Senate strongly oppose Obama's environmental policies, calling them detrimental to economic growth and job creation.

"We have to bear in mind that the United States has a specific problem, which is the position of its Congress," he said.

He said it's still an open question whether the Paris deal will be a treaty or an international agreement but said "certain frameworks must have a practical implementation, must be legally binding."

A senior US official said the final details of the text will be worked out in Paris, but "we expect certain elements of the agreement to be legally binding."

The move is raising concern among environmentalists.
May 6th, 2020
Follow Us
Most Recent