Rescuers recovered five more bodies from a collapsed underground room at a giant U.S.-owned gold and copper mine in Indonesia, bringing the confirmed death toll to 14, police said Monday. Fourteen other workers were still missing and feared dead. 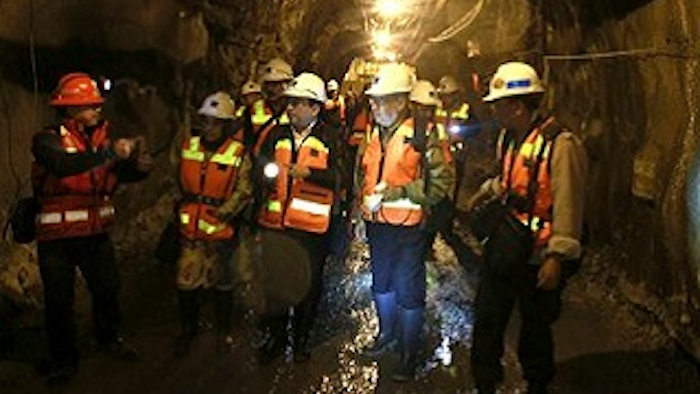 Mining operations at the Grasberg mine in the easternmost province of Papua have been suspended since the accident to pay respects to the victims and to concentrate on the rescue effort. The company said the accident was expected to have no significant impact on its operations.

"There is no possibility of life five days after the cave-in ... this is really a heartbreaking accident," he said.

The company said efforts to recover more bodies in the rubble were being slowed by the need to stabilize the ground and roof because of falling rocks.

Richard Adkerson, president and CEO of its parent company, Freeport McMoran Copper and Gold Inc., arrived at the scene Saturday and visited the injured workers and the families of those still buried at the accident site.

"I am deeply saddened and disturbed by this event," Adkerson said as quoted by a company's statement. "The entire Freeport family around the world joins Freeport Indonesia in grieving for our lost brothers."

He said the focus now is continuing efforts to gain access to the victims as quickly as can be done safely.

Around 1,000 workers were still blocking a main road about two miles (three kilometers) away in solidarity with the victims, and to seek a guarantee of worker safety underground.

Indonesian President Susilo Bambang Yudhoyono has ordered Freeport and government agencies to thoroughly investigate the accident. More than 20,000 workers are employed at the mine that has repeatedly been targeted by arson attacks, roadside bombs and blockades since production began in the 1970s. It's located in the remote mountains of Papua province, which is home to a decades-long, low-level insurgency.