Japan's nuclear watchdog announced Wednesday that the nation's trouble-plagued next-generation test reactor will not be allowed to restart due to safety violations, dealing a setback to the country's pro-nuclear government. The Nuclear Regulation Authority's decision is the latest blow to the Monju fast-breeder reactor and Japan's nuclear fuel cycle program. 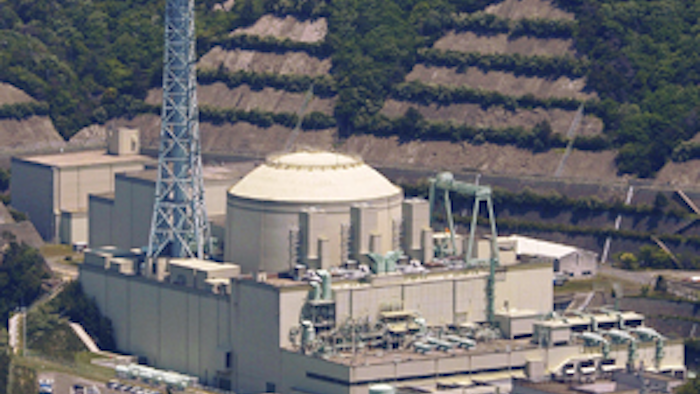 TOKYO (AP) — Japan's nuclear watchdog announced Wednesday that the nation's trouble-plagued next-generation test reactor will not be allowed to restart due to safety violations, dealing a setback to the country's pro-nuclear government.

The Nuclear Regulation Authority's decision is the latest blow to the Monju fast-breeder reactor and Japan's nuclear fuel cycle program. The government of Prime Minister Shinzo Abe is hoping that Monju will be a key part of Japan's plans for disposing of atomic waste and reducing the nation's plutonium stockpile.

Also on Wednesday, a panel of geologists concluded that a seismic fault running underneath a separate, commercial reactor near Monju is active, a ruling that could force the scrapping of that reactor.

Monju uses plutonium fuel instead of conventional uranium and produces radioactive substances that can be reused as fuel. After nearly 50 years in the works, the problem-plagued reactor, located in the city of Tsuruga in western Japan, is still struggling to get online.

The watchdog's five commissioners unanimously agreed that the reactor's operator, the Japan Atomic Energy Agency, "is not ready to sufficiently secure the safety of Monju." They said the operator had repeatedly failed to conduct mandatory inspections on an array of equipment and come up with improvement plans.

Many experts have said Monju is a basket case and that Japan should abandon plans to achieve a full nuclear fuel cycle. The previous government tried to terminate Monju under its nuclear phase-out plan, but Abe's government quickly reversed course as it pushes to resume commercial reactors that have been idle since a March 2011 earthquake and tsunami triggered a nuclear disaster at the Fukushima Dai-ichi plant.

Only two of Japan's 50 commercial reactors are currently generating power.

Monju's operator can appeal the watchdog's decision, but an official suspension order is likely to come by the end of May, regulatory officials said. The operator needs at least until January to catch up with the delays in safety checks, but it is unknown when the suspension order can be lifted.

"They repeated the same mistakes even though they said they were analyzing the root cause of the problem. I think they lack fundamental understanding about safety," Tanaka said. "Despite the lessons we learned from the Fukushima Dai-ichi accident, it seems safety culture is still insufficient in Japan."

Japan built Monju as a "dream reactor" to fulfill its energy needs, with the reactor meant to be a centerpiece of a self-sustainable fuel cycle. To complete the cycle, Japan has been building the Rokkasho fuel recycling plant in northern Japan to extract uranium and plutonium from spent fuel and fabricate hybrid fuel of the two radioactive elements.

But with both Monju and Rokkasho having technical problems, Japan has built up a large stockpile of plutonium extracted overseas and at home, causing international proliferation concerns.

Monju successfully generated power using MOX — mixed oxide fuel, a mix of uranium and plutonium — in 1995, but months later, massive leakage of cooling sodium caused a fire. Monju had another test run in 2010 but stopped again after a fuel exchanger fell into the reactor vessel.

Some experts also suspect that the Monju reactor sits on an active seismic fault. An independent team commissioned by the Nuclear Regulation Authority is to inspect faults at Monju later this year.

Possible seismic faults are being investigated near several other plants, leaving some reactors in limbo as plant operators scramble to upgrade their equipment and emergency steps ahead of the July launch of new safety requirements that are compulsory for their resumption.

On Wednesday, a watchdog-commissioned panel of geologists determined that the fault line underneath the Tsuruga No. 2 reactor was active and likely moved recently enough — about 120,000-130,000 years ago.

Japanese guidelines prohibit key parts of nuclear plants, including reactors, from sitting above active faults. The panel's finding means Tsuruga's No. 2 reactor would have to be scrapped unless its operator provides new data overriding the decision.