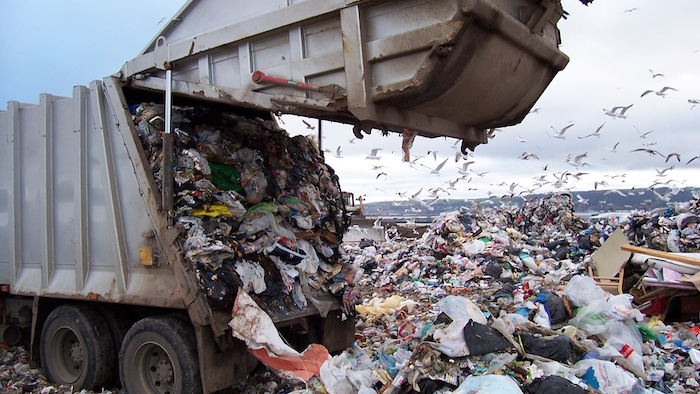 AUGUSTA, Maine (AP) — Maine's Department of Environmental Protection will decide Friday whether to issue final permits for trash-to-energy company Fiberight, which wants to build a $69 million facility in Hampden.

Democratic and Republican legislators, an environmental group and a Pittsfield chemical engineer who's worked for Maine's largest waste processor have raised concerns about the project's financial viability and whether Fiberight has the technology to produce biogas and sugar from solid waste on a commercial scale, a feat which could be the first of its kind.

The Municipal Review Committee, a nonprofit representing 187 municipalities, intends to contribute $5 million to the project. It contends it's cheaper and more environmentally friendly than using an existing incinerator operated by Penobscot Energy Recovery Company. Penobscot Energy will lose $20 million in subsidies and its contract with the MRC in 2018.

So far, Fiberight says 104 towns have committed to sending it roughly 100,000 tons of trash — about two-thirds of Fiberight's original goal. Penobscot Energy has about 30,000 tons of municipal trash committed from 30 towns. Both will seek commercial contracts.

Eight legislators on the state's environmental and natural resources committee say Fiberight hasn't shown it has the money for the project, and want Maine to require specific financial assurances from Fiberight.

The legislators said because dumping at landfills is a last resort under Maine law, the DEP shouldn't let Fiberight send its waste to a Norridgewock landfill before commercial operations begin.

Fiberight CEO Craig Stuart-Paul said Fiberight could send the waste to incinerators if it has to, and will demonstrate it has the necessary cash before beginning to operate the plant.

The Natural Resources Council of Maine said Fiberight hasn't yet submitted evidence demonstrating it can produce its biogas and sugar products on a large scale, commercial basis. The company's pilot program in Virginia has processed about 286.2 tons of waste each year from 2012 to 2015.

Fiberight says its technology has been tested on an industrial scale. The facility sorts recyclables and then uses different processes to convert organic trash into biomethane, sugar and fuel for its boilers.

In June, the DEP cited Fiberight for not disclosing that it had agreed to pay $35,000 in Clean Water Act fines for polluting a creek and lacking stormwater controls at its shuttered waste-to-ethanol plant in Iowa.

Stuart-Paul agreed to update the disclosure statement but said it wasn't necessary because he lacked a controlling interest in the subsidiary that operated the Iowa plant.

Fiberight isn't planning on following federal solid waste rules as it pursues classification as a producer of non-waste fuel. Stuart-Paul said the process has taken "longer than anticipated."