Gov. Matt Mead and others are hailing the possibilities of an industrial-scale laboratory where researchers will test new technologies to make profitable use of carbon dioxide emissions from a coal-fired power plant. 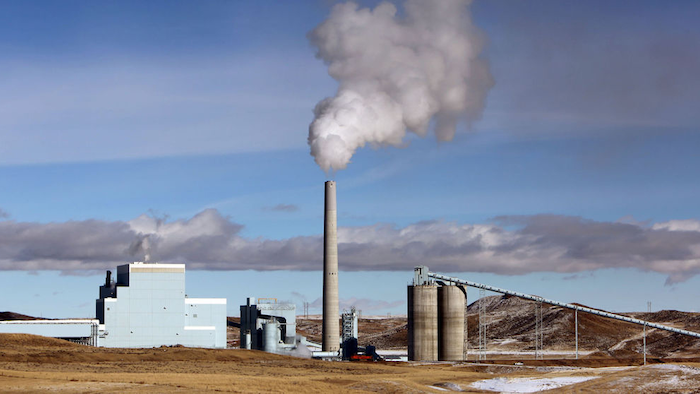 GILLETTE, Wyo. (AP) — Gov. Matt Mead and others are hailing the possibilities of an industrial-scale laboratory where researchers will test new technologies to make profitable use of carbon dioxide emissions from a coal-fired power plant.

Noting the recent loss of hundreds of coal mine jobs in Wyoming, Mead said the Integrated Test Center is a proactive effort to protect mining jobs in the state.

In addition, he envisioned the lab leading to coal-rich northeast Wyoming becoming a hub for innovation and technology research.

"We should be looking at building that sort of hub right here in Gillette and Campbell County, creating that sort of manufacturing, technology, discovery industry right here, and no better place to do it than the energy capital of the country," Mead said.

Mead and others spoke during a groundbreaking ceremony Wednesday.

Eventually the lab will host teams that will compete for $20 million in awards, through the NRG COSIA Carbon XPrize, to develop carbon conversion technology. Half of the XPrize competition will focus on carbon dioxide emissions from coal-fired power plants and the other half on those from gas-fired plants.

Wyoming has pledged $15 million toward construction of the lab. The state has more coal mining than any other, supplying about 40 percent of the nation's coal.

Tri-State Generation and Transmission Association Inc. has promised $5 million toward the center, and the National Rural Electric Cooperative Association has pledged $1 million.

Officials say the ultimate goal of the project is to prevent CO2 from entering the atmosphere and instead put the gas to profitable use, such as manufacturing exotic materials.

The coal industry is being hit by bankruptcies and layoffs from low prices and increased regulation of fossil fuel use. Capturing CO2 to prevent its release into the atmosphere is seen as one possible solution to reduce pollution from burning coal.

"Any increase in the cost of the electricity hits rural America harder," Spiers said. "That's a death spiral that we can't afford to have happen."