The Trump administration halted an independent study of offshore oil inspections by the federal safety agency. 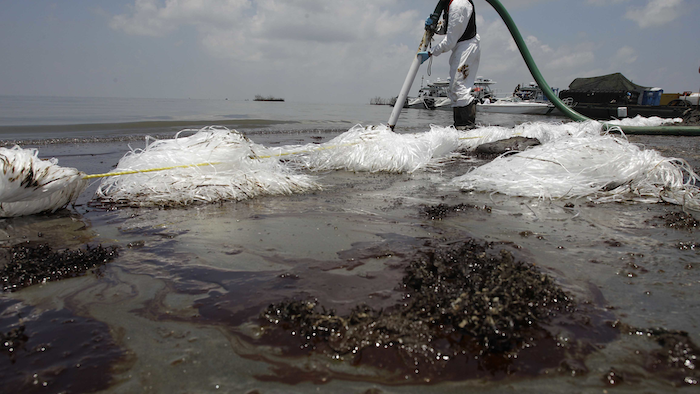 The Trump administration has halted an independent scientific study of offshore oil inspections by the federal safety agency created after the 2010 spill in the Gulf of Mexico.

The National Academies of Sciences, Engineering and Medicine was told to cease review of the inspection program conducted by the federal Bureau of Safety and Environmental Enforcement. Established following the massive BP spill, the bureau was assigned the role of improving offshore safety inspections and federal oversight.

The order marks the second time in four months that the Trump administration has halted a study by the National Academies. In August, the Interior Department suspended a National Academies study of potential health risks for people living near Appalachian surface coal mines.

Bureau spokesman Greg Julian said Thursday a new "risk-based" component to the inspection program is being developed within the bureau, and the academies study "was paused ... to allow time to ensure that there are no duplicate efforts." The bureau focus is increasing the safety of offshore oil and gas operations, he said.

The Dec. 7 bureau letter ordering the suspension of all work under the contract said that within 90 days the department would decide whether to lift the order or terminate the study altogether.

"The National Academies are grateful to the committee members for their service and disappointed that their important study has been stopped," spokesman William Kearney said Thursday.

The committee of scientists examining the inspection program held its only meeting in late October in Washington, D.C., Kearney said. Future meetings planned for the Gulf region have been put on hold.

The explosion of the Deepwater Horizon platform in April 2010 killed 11 people at a BP oil well site about 40 miles (65 kilometers) off Louisiana's coast. The massive spill that followed gushed an estimated 3.1 million barrels of oil into Gulf waters before the well was capped 87 days later.

"I think this is an example of Trump demonstrating he wants to open up federal waters to more drilling at the expense of people on the planet," said the Sierra Club's Kelly Martin. "He is much more supportive of corporate polluters than protecting people's safety."

The Interior Department headed by Secretary Ryan Zinke declined to comment. Spokeswoman Heather Swift said it was a bureau decision to halt the study, not a department decision.

Greenpeace spokesman Travis Nichols said there is no excuse for rolling back safeguards for workers and the environment. "The Trump administration is aggressively trying to unlearn all of the lessons of the Deepwater Horizon disaster," he said.

In August, the Interior Department's Mine Safety and Health Administration cited budget reasons for suspending the National Academies study of potential health risks to those near Appalachian surface mines. But Kearney said Thursday that other studies for the department weren't halted. That study remains on hold though the scientific group has said it ought to be continued.

"Given how important this study is to the citizens and communities surrounding these surface mining sites in Appalachia, the National Academies believe the study should be completed and are exploring options to do so," Kearney added. "Some private donors have expressed an interest in funding the completion of the study."