The drilling would be the first in federal Arctic waters since Royal Dutch Shell. 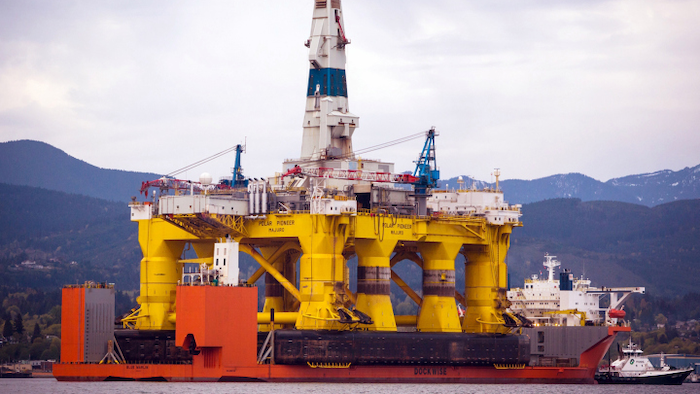 America within a few years could be extracting oil from federal waters in the Arctic Ocean, but it won't be from a remote drilling platform.

Federal regulators are taking comments on a draft environmental statement for the Liberty Project, a proposal by a subsidiary of Houston-based Hilcorp to create an artificial gravel island that would hold production wells, a processing facility and the start of an undersea pipeline carrying oil to shore and connections to the trans-Alaska pipeline.

The drilling would be the first in federal Arctic waters since Royal Dutch Shell, amid protest both in the United States and abroad, in 2015 sent down an exploratory well in the Chukchi Sea off Alaska's northwest coast.

Supporters like its chances. A final decision is in the hands of Interior Secretary Ryan Zinke. President Barak Obama in December signed an executive order designating the bulk of U.S. Arctic Ocean waters indefinitely off-limits to future oil and gas leasing. But President Donald in April signed another order aimed at reversing the policy. Zinke said Trump's actions would put the country on track for energy independence.

Opponents say Arctic offshore oil should stay in the ground, where it won't add greenhouse gases that contribute to global warming and the melting of sea ice, the habitat of polar bears and walruses. They say spills are inevitable and cannot be cleaned up in icy Arctic water.

"This ongoing gas release into Cook Inlet, visible from the air, was a national embarrassment for Alaska," she said. 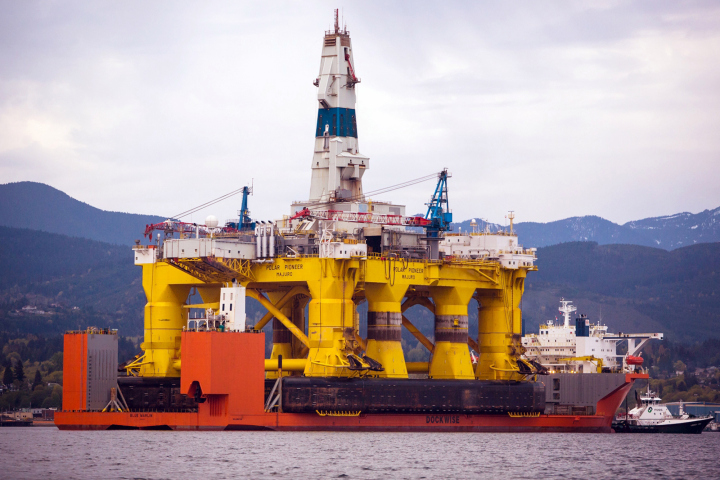 The gas leaked from a pipeline supplying fuel to Hilcorp production platforms. The company confirmed the leak in February and lowered pressure in the line but waited until April to make repairs because of the threat to divers from floating ice. The Alaska Department of Environmental Conservation to date has found no evidence the leak harmed birds, fish or marine mammals.

The latest project is on federal leases sold in the 1990s. Hilcorp proposes to create the island about 15 miles (24 kilometers) east of Prudhoe Bay, North America's largest oil field. BP Exploration Alaska drilled at the site in 1997 and sold 50 percent of the assets to Hilcorp in 2014.

Trucks would travel by ice road to a hole cut in sea ice and deposit 83,000 cubic yards (63,450 million cubic meters) of gravel into 19 feet (6 meters) of water to create the island. A wall would fend off ice, waves and wildlife.

The island would be 5.6 miles (9 kilometers) off shore. The surface would have room for 16 wells, including five to eight conventional production wells. At peak production, Hilcorp anticipates extracting 60,000 to 70,000 barrels per day for a total recovery of 80 million to 150 million barrels over 15 to 20 years.

Oil would reach shore by a pipe encased by a second pipe and equipped with a leak detection systems. It would be buried to prevent gouging by moving ice.

At the end of production, the company would remove equipment and the wall and let waves and ice dismantle the island.

At a public hearing on the project last week, Joshua Kendrick, an attorney for the Alaska Oil and Gas Association, said opposition testimony has focused on rhetoric. Liberty would be the 19th artificial drilling island in Alaska, including four now pumping oil from state waters. Decisions should be made by data and science, he said, and Hilcorp is not proposing something novel.

Andy Mack, commissioner of the state Department of Natural Resources, said the body of information built up from wells on gravel islands in state waters should give people comfort about Liberty's effects on marine mammals and the environment. Like other supporters, he touted Liberty's economic benefits.

"Each of these facilities on its own, frankly, they're not giant fields," Mack said. "But they're all very, very important to the economy of Alaska."

Blake Upshaw of the Center for Biological Diversity said spills are inevitable and routine and cannot be cleaned up in Arctic waters.

"Oil companies have guaranteed safe operations to communities in Valdez, the Gulf of Mexico and Santa Barbara over the years, and we all know how projects in those locations turned out," he said.

The Bureau of Ocean Energy Management will collect comment on its draft environmental review until Nov. 18.

Officials do not expect any shortages.
Sep 9th, 2020

The election-year reversal was likely to appeal to voters in Florida and other coastal states.
Sep 9th, 2020

PacifiCorp took issue with the study, saying it made a range of assumptions.
Sep 4th, 2020
Follow Us
Most Recent