Norwegian Firm Signs $3B Deal With Iran For Solar Panels 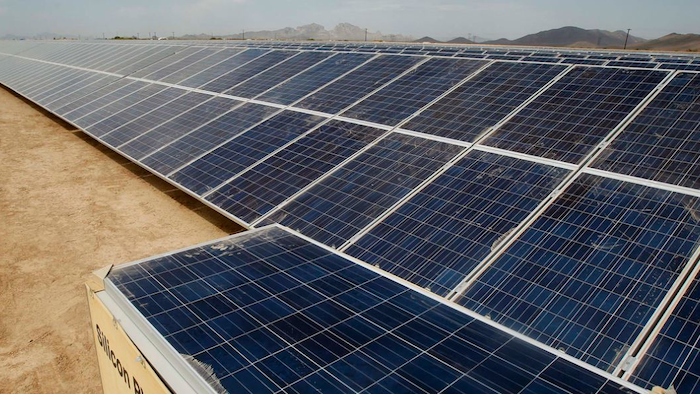 Gaute Steinkopf, a consultant who assisted Saga Energy in reaching the deal, says it was signed Tuesday at the Tehran residence of Norway's Ambassador to Iran, Lars Nordrum.

The deal comes just a week after U.S. President Donald Trump refused to re-certify a global nuclear deal with Iran.

Steinkopf said Wednesday that Iran wants to increase production of renewable energy, adding it took seven months to get the deal negotiated. Norwegian news agency NTB said it would take up to five years to build the 2 gigawatt-plant.

Saga Energy was not available for comments.