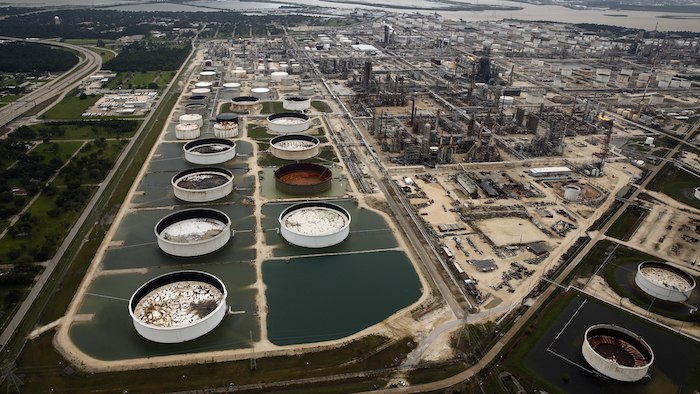 More than two dozen storage tanks holding crude oil, gasoline and other contaminants ruptured or otherwise failed when Harvey slammed into the Texas coast, spilling at least 145,000 gallons (548,868 liters) of fuel and spewing toxic pollutants into the air, according to an Associated Press analysis of pollution reports submitted to state and federal regulators.

The tank failures follow years of warnings that the Houston area's petrochemical industry was ill-prepared for a major storm, with about one-third of the 4,500 storage tanks along the Houston Ship Channel located in areas susceptible to flooding, according to researchers.

More of the massive storage tanks could be put to the test in coming days as Hurricane Irma bears down on Florida. The tanks are prone to float and break during floods, and Harvey's unprecedented rainfalls revealed a new vulnerability when the roofs of some storage tanks sank under the weight of so much water.

Federal and state rules require companies to be prepared for spills, but mandate no specific measures to secure storage tanks at refineries, chemical plants and oil production sites.

Although Florida has no oil refineries, it has more than 20 petroleum product storage terminals in coastal communities and about 30 chemical companies with a presence in the state, including a significant number of facilities in the Tampa Bay area, according to the American Chemistry Council and U.S. Energy Information Administration.

"Tampa Bay is one of the most vulnerable cities in the country" to hurricanes, said John Pardue, a Louisiana State University professor who has researched problems with storage tanks during storms. 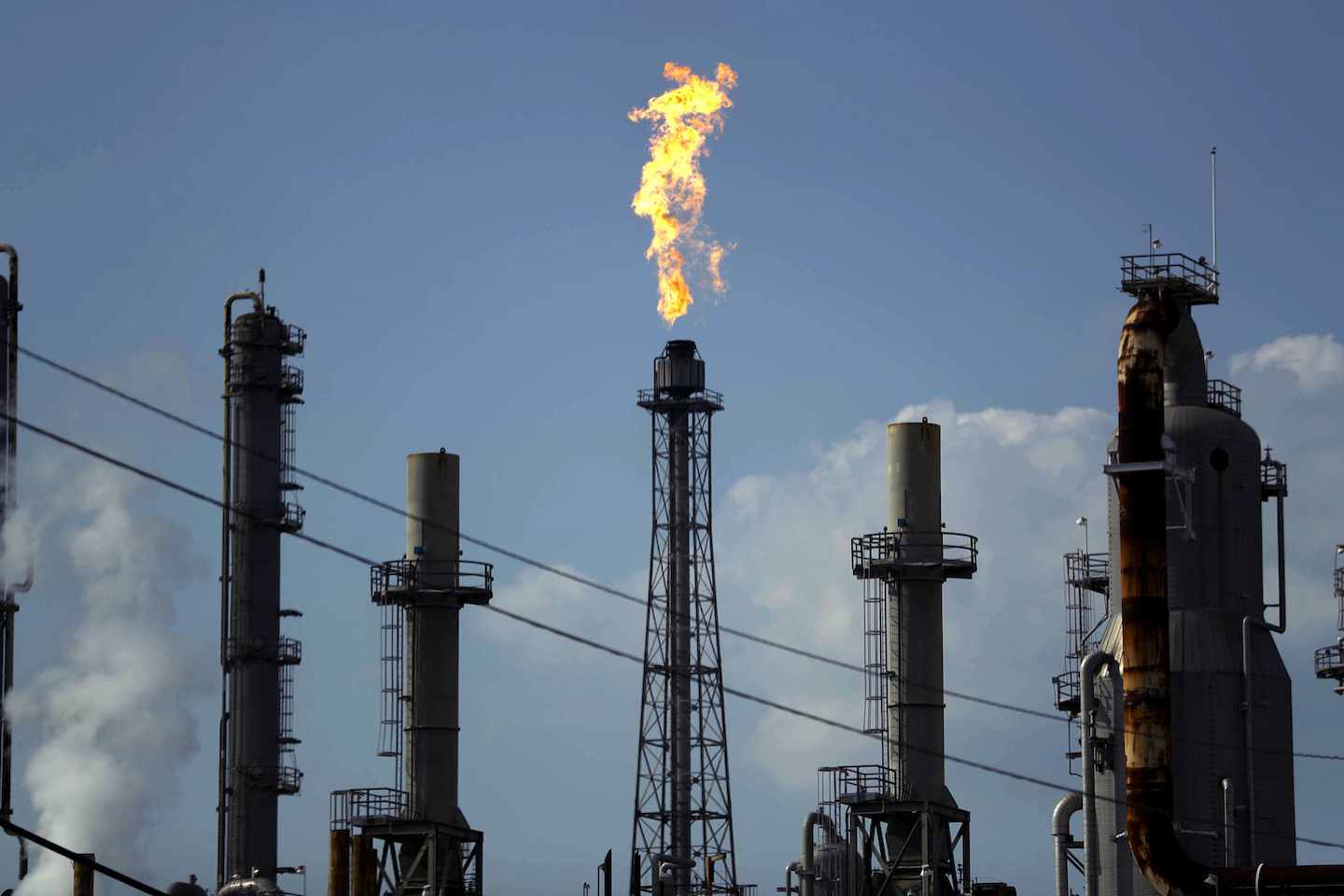 "But there's no requirement that says when you're in a hurricane zone you've got to do things differently," Pardue added. "If we're going to continue to put some of these facilities in harm's way, it would be great to have some specific regulations" to safeguard storage tanks.

The storm surge from Harvey was small enough that the refineries in the Houston Ship Channel appear to have avoided the huge spills associated with past storms such as Hurricane Katrina, when ruptured storage tanks released several millions of gallons of oil including into residential areas, according to Jamie Padgett, an associate professor at Rice University who has inventoried the Houston Ship Channel's storage tanks.

One difference during Harvey was that prior to the storm, some refineries apparently were able to fill up their storage tanks to make them less buoyant and therefore less prone to floating and being damaged, said Kyle Isakower, vice president of regulatory policy at the American Petroleum Institute.

That wasn't the case with about a dozen smaller storage tanks that experienced spills in Fayette County west of Houston, said Ron Whitmire with EnerVest, the Houston-based company that operated the tanks. The capacity of those tanks ranged from about 250 to 400 barrels, which he said was not large enough to resist the force of the floodwaters that swept them away.

"Do we plan for storms and hurricanes? Absolutely," Whitmire said. "But nobody plans for 50-plus inches of rain."

The record rainfall also exposed problems among almost 400 large storage tanks in the Houston area that have "floating roofs" that go up or down depending on how much fuel is inside the containers. The unprecedented rains that came with Harvey caused 14 of those roofs to sink, in some instances allowing the chemicals inside them to escape, according to company reports and Padgett of Rice.

There are no government rules dictating how tanks are designed. But the American Petroleum Institute has established industry standards for tank construction that call for tanks to be able to drain at a minimum 10 inches (25 centimeters) of rain over a 24-hour period. Rain was falling at more than twice that rate during Harvey, Padgett said. 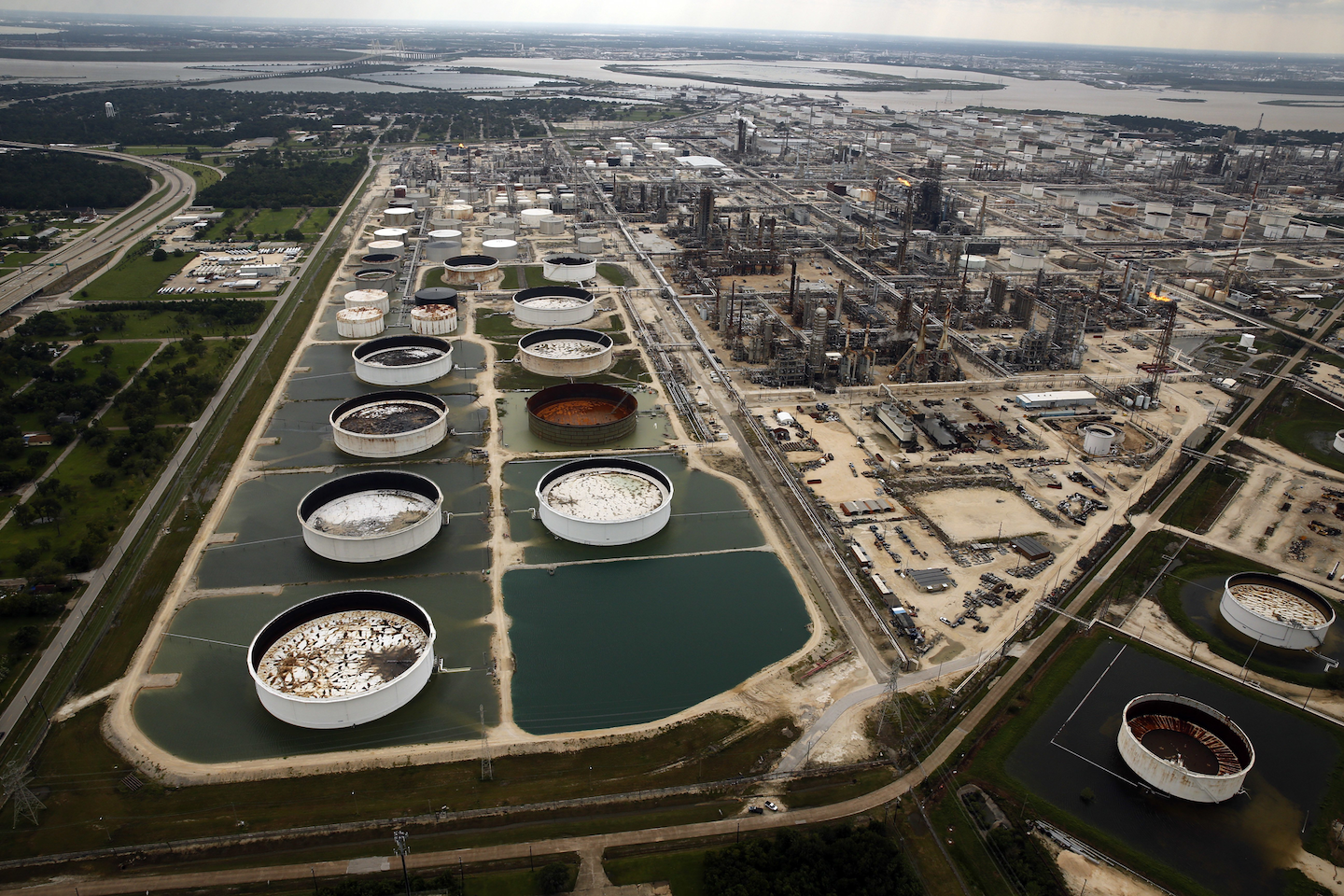 Pollution reports submitted by the companies to Texas regulators blamed the roof problems on Harvey's excess rainfall. The reports said air pollutants including benzene, toluene and xylene were released into the atmosphere. Long-term exposure to such pollutants can cause cancer, although Texas officials said they never reached concentrations high enough in the storm's wake to cause health concerns.

A Shell representative said in a statement to the AP that the roof problems presented an "extremely rare" circumstance and that company workers had quickly responded by spraying the spilled fuel with foam to suppress any harmful vapors. All the gasoline that was released was contained on-site, Shell spokesman Ray Fisher said.

Exxon Mobil spokeswoman Charlotte Huffaker said safety was a priority for the company and it was able to lessen environmental damage from Harvey by shutting down equipment in advance. Huffaker said Exxon "reported and responded to the event as soon as it was identified."

As state and federal officials investigate the impacts from Harvey, it's uncertain how much spilled material flowed off-site from the storage yards, oil production areas and refineries.

It's expected to take about two weeks from the time of the spills for any contamination in the ship channel to reach Galveston Bay, according to Hanadi Rifai, director of the graduate program in environmental engineering at the University of Houston.

Texas has rules governing protections for underground storage tanks during floods, but not for above-ground tanks found at many refineries and chemical plants, according to Andrea Morrow, a spokeswoman for the Texas Commission on Environmental Quality.

Morrow declined to say if the agency planned to investigate the Harvey-related tank failures and whether tanks that failed had been properly secured before the storm.

"We have established a Unified Command with other state and federal partners, and are in the field conducting rapid needs assessment at this time," she said. "Due to the widespread impact from Harvey, the TCEQ anticipates conducting many storm-related investigations over the next several months."