The plant has burned coal since 1963 along Mount Hope Bay in Somerset, near the Rhode Island border. 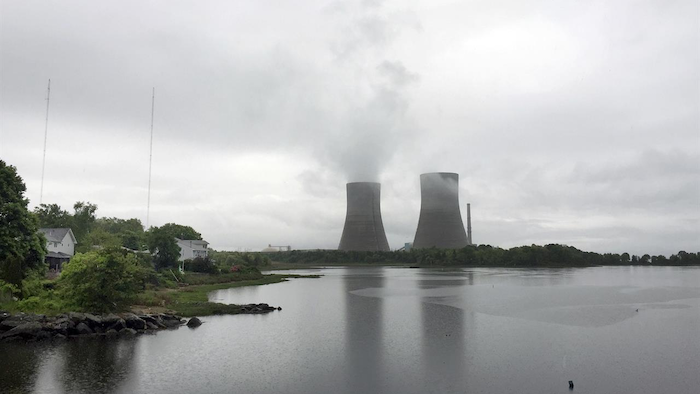 The Brayton Point Power Station, New England's largest and one of its last coal-fired power plants, appears on a cloudy day, Wednesday, May 31, 2017, in Somerset, Mass. The plant, which has been generating electricity since the 1960s along Mount Hope Bay, is shutting down permanently. It's been cited by federal regulators as one of the region's heaviest polluters. (AP Photo/Matt O'Brien)

New England's largest — and one of its last — coal-fired power plants was shutting down permanently Wednesday.

The Brayton Point Power Station was scheduled to power down before a midnight Thursday deadline, culminating a decades-long shift from coal, oil and nuclear energy to lower-cost natural gas.

The plant has burned coal since 1963 along Mount Hope Bay in Somerset, near the Rhode Island border. It has generated controversy for almost as long, with residents, fishermen and environmentalists decrying the damage that its cooling canals — nicknamed "killing canals" by activists in the 1970s — caused to fisheries.

The coal plant's final hours came on the same day that President Donald Trump's administration said he expects to withdraw the United States from a landmark global climate agreement. The Republican president has moved to delay or roll back federal regulations limiting greenhouse gas emissions while pledging to revive long-struggling U.S. coal mines.

Environmental concerns led Brayton Point's operators to build giant twin cooling towers in the last decade that can be seen for miles. But in 2013, at the completion of the costly upgrade, a decision was made to close the plant.

"You have guys that worked their whole life in these heavy industries and they're being kicked to the curb, all in this rush for natural gas," said Robert Clark, president of Utility Workers Union of America Local 464, which represents workers at the plant. The union protested the closure. 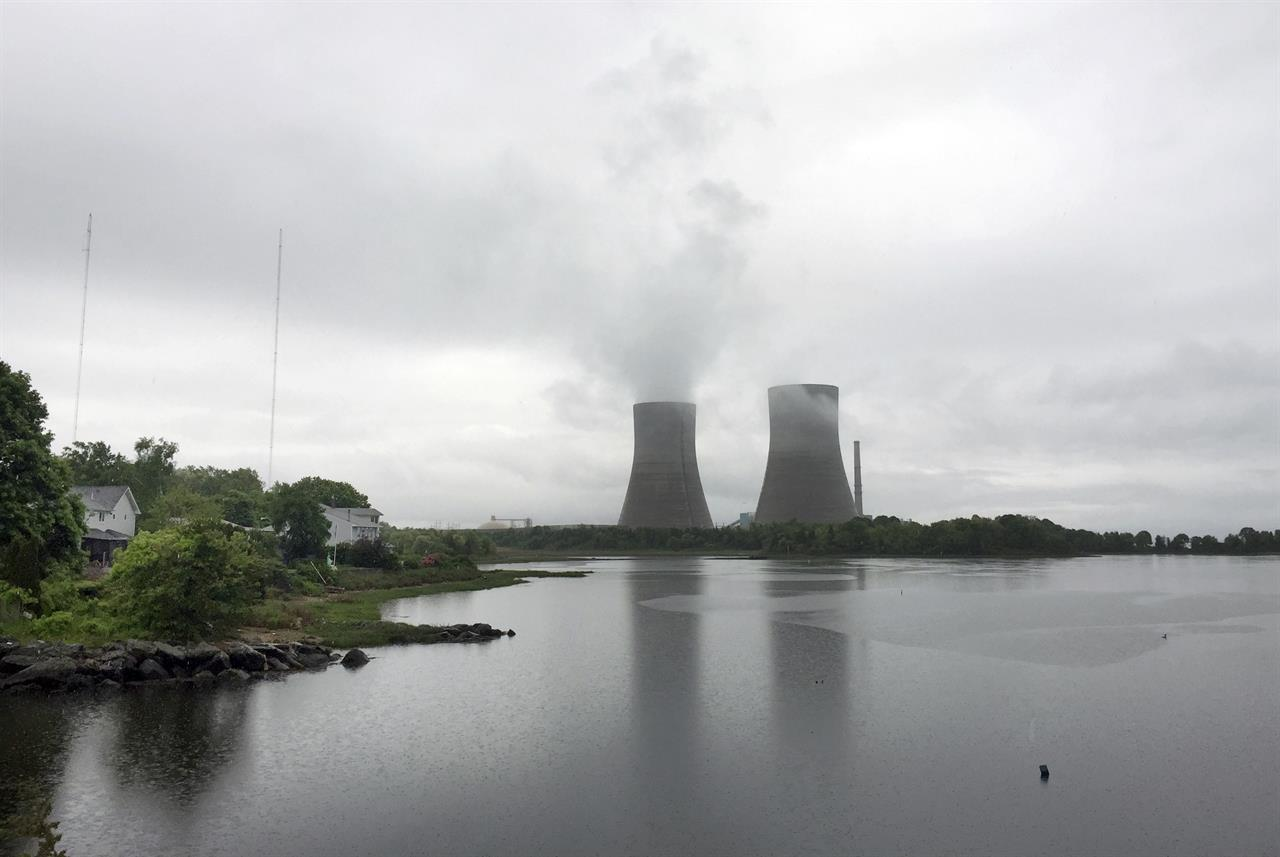 The Brayton Point Power Station, New England's largest and one of its last coal-fired power plants, appears on a cloudy day, Wednesday, May 31, 2017, in Somerset, Mass. The plant, which has been generating electricity since the 1960s along Mount Hope Bay, is shutting down permanently. It's been cited by federal regulators as one of the region's heaviest polluters. (AP Photo/Matt O'Brien)

Houston-based plant owner Dynegy said it bought the plant after the decision to close it. It has worked to help the plant's 170 workers find other jobs. A smaller crew is staying on for the decommissioning process though the end of July.

Three smaller New England coal plants still operate in New Hampshire and Bridgeport, Connecticut. But they seldom run, and the Bridgeport plant is expected to close by 2021 to make way for a gas-fired plant on the same site.

Dynegy spokesman David Onufer said Trump's election didn't affect Brayton Point's outlook because the 2013 decision to shut it was irreversible. He also said that low electricity prices and the high cost to maintain aging facilities were the main reasons for the closure. The company has no plans to redevelop the property.

The closure was celebrated by environmental groups who would like to see the region shift to more renewable power sources, such as the nation's first offshore wind farm that opened last year off Rhode Island's coast.

"The plant was in effect tar-boiling the fishery," said Topher Hamblett, director of advocacy for Providence, Rhode Island-based Save the Bay, an environmental group that has fought to curb the plant's pollution for decades.

But leaders in Somerset, a town of 18,000 adjacent to the old factory city of Fall River, feared the closure's economic effects.

Richard Brown, the town administrator, said the power plant is Somerset's largest taxpayer. He said local lawmakers have worked to acquire state funding to help offset the loss and the town has slowed the growth of its government in preparation.

Yeira Betancourt, a homeowner and mother of three young kids, said she has always been a little "freaked out" by the cooling towers that loom over her backyard swimming pool. But her neighbor Patricia Louro said she's more concerned about the loss of tax revenue and jobs than the towers she can see from her living room.

Many of the plant workers are in their mid-50s or early 60s, said Clark, the union president. He fears it will be difficult for them to find other jobs at that age.

He said the closure hits the small town especially hard since another coal plant closed there in 2010.

"We were our own little economic engine for this area," he said. "All the employees made good money. We all bought homes. People sent kids to college. The contribution to the gross domestic product was huge. It was a massive contribution, which is all gone."