US Nuclear Site's Collapsed Tunnel May Have Gone Unnoticed

The cave-in could have happened as many as four days before its discovery Tuesday morning. 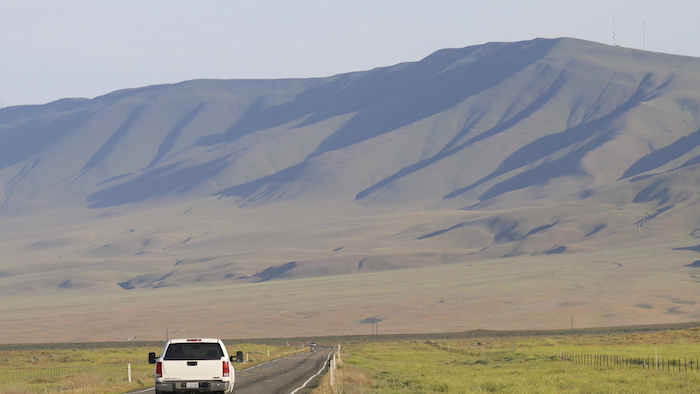 A vehicle drives by the hillsides neighboring the Hanford Nuclear Reservation in Benton County, Tuesday, May 9, 2017, in Washington state. A portion of an underground tunnel containing rail cars filled with radioactive waste collapsed at a sprawling storage facility in a remote area of Washington state, forcing an evacuation of some workers at the site that made plutonium for nuclear weapons for decades after World War II. (AP Photo/Manuel Valdes)

The large sinkhole that caved in a tunnel filled with radioactive waste at a sprawling Washington state nuclear waste repository may have gone unnoticed for days before its discovery because workers do not patrol tunnel sites daily, a spokesman for the U.S. Department of Energy said Thursday.

The sinkhole was found Tuesday, prompting an emergency at the Hanford Nuclear Reservation with evacuations of some workers and orders for others to stay inside buildings scattered across the 500 square-mile (1,300 square-kilometer) safekeeping location for radioactive waste dating from World War II.

Authorities plan to investigate why and when the roof of the tunnel suffered a partial cave-in, creating the sinkhole that poured dirt into the tunnel containing railroad cars with nuclear waste, the agency said.

The cave-in could have happened as many as four days before its discovery Tuesday morning, said energy department spokesman Mark Heeter.

"We don't know exactly when it occurred," Heeter said.

No one was hurt and no radiation escaped into the environment before the sinkhole was filled in with 54 truckloads of soil late Wednesday night, the Energy Department said.

The 8 feet (2.4 meters) of dirt that fell into the tunnel after its roof partially collapsed may have prevented radiation from escaping into the environment, Heeter said.

But Washington state officials were taken aback upon learning after the collapse that tunnel inspections were made on what they called an infrequent basis.

"It's not acceptable that the hole could have been open for four days," said Alex Smith, nuclear waste manager for the Washington state Department of Ecology, which helps regulate the Hanford site.

Smith said that radioactivity would have been detected immediately by monitoring devices if it had escaped from the tunnel into the air.

The 360-foot long (110-meter) rail tunnel was built in 1956 from timber, concrete and steel. Eight flatbed railroad cars loaded with radioactive material were parked inside when the entrance was sealed in 1965.

The waste came from a nearby factory where between plutonium was extracted from 1956 to 1988 from spent nuclear fuel rods as part of the process to make nuclear weapons.

Smith said the tunnel contains about 780 cubic yards (596 cubic meters) of waste — a mixture of radioactive and chemical waste and irradiated equipment, including the contaminated rail cars used to haul the fuel rods.

U.S. Energy Secretary Rick Perry said the filling of the hole "was accomplished swiftly and safely to help prevent any further complications."

"Our next step is to identify and implement longer-term measures to further reduce risks," Perry said. 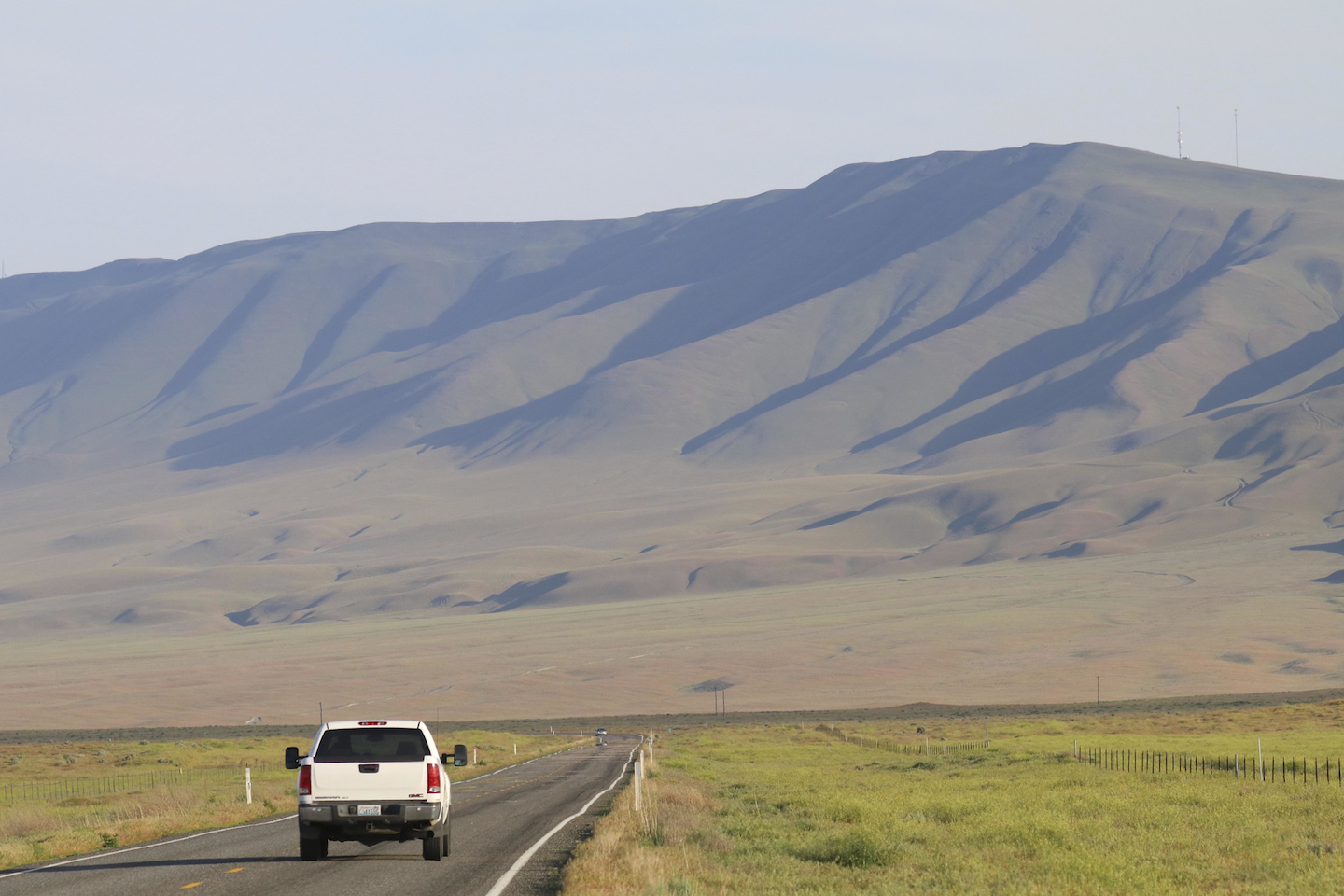 A vehicle drives by the hillsides neighboring the Hanford Nuclear Reservation in Benton County, Tuesday, May 9, 2017, in Washington state. A portion of an underground tunnel containing rail cars filled with radioactive waste collapsed at a sprawling storage facility in a remote area of Washington state, forcing an evacuation of some workers at the site that made plutonium for nuclear weapons for decades after World War II. (AP Photo/Manuel Valdes)

Hanford, created during the World War II Manhattan Project to build an atomic bomb, for decades made plutonium for nuclear weapons. Now it is engaged in cleaning up the radioactive waste.

The tunnel collapse reinforced longstanding criticism that toxic remnants at Hanford are being stored in haphazard and unsafe conditions, and time is running out to deal with the problem.

It also prompted a demand from Washington state officials for the federal Energy Department to immediately assess the integrity of Hanford tunnels.

The incident occurred at the smaller of two tunnels located near the closed Plutonium Uranium Extraction Plant at Hanford. The larger one was built in 1964 and contains 28 railroad cars filled with radioactive waste.

The Energy Department was warned in a 2015 report it commissioned that both tunnels were vulnerable to a collapse from an earthquake or deterioration of tunnel building materials caused by intense radiation, the report said.

The nearby Yakama Nation said it has warned about the safety of the tunnels for several years.

"No preventative action was taken," the tribe said in a statement.

The tribe also said the tunnels should be cleaned of radioactive waste and radiation long before a deadline of 2042 set by a cleanup agreement between the federal and state governments.

The cleanup of all Hanford's waste is expected to last until 2060 and cost an additional $100 billion over the $19 billion already spent.

The most dangerous waste at Hanford is 56 million gallons stored in 177 underground tanks, some of which have leaked.

Plans to embed the toxic stew in glass logs for burial have floundered. Construction of a $17 billion glassification factory has stopped because of design and safety issues.

The plan is to bury the glass logs at a nuclear waste dump carved inside Nevada's Yucca Mountain, a project that has been on the drawing board for three decades but has run into resistance from Nevada politicians, including former U.S. Sen. Harry Reid.

President Donald Trump has proposed $120 million to restart the licensing process for the dump.