Shareholders of both companies approved the deal last week by wide margins. 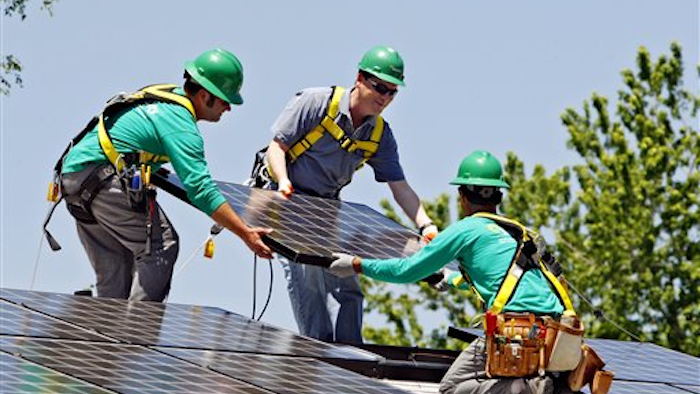 Shareholders of both companies approved the deal last week by wide margins.

The all-stock deal valued SolarCity at $2 billion based on Tesla's closing stock price Friday. It was worth $2.6 billion when Tesla and SolarCity announced the agreement in August, but their share prices have dropped since then.

Tesla CEO Elon Musk — who is also chairman of SolarCity — wants to sell solar panels through Tesla's stores. Customers can buy them to power their homes and charge their Tesla electric vehicles.

Musk says the companies' first joint product — solar roof tiles that look like traditional tiles — should be ready for installation by next summer.