The oil spill, one of the largest environmental disasters in history, began on April 10, 2010. 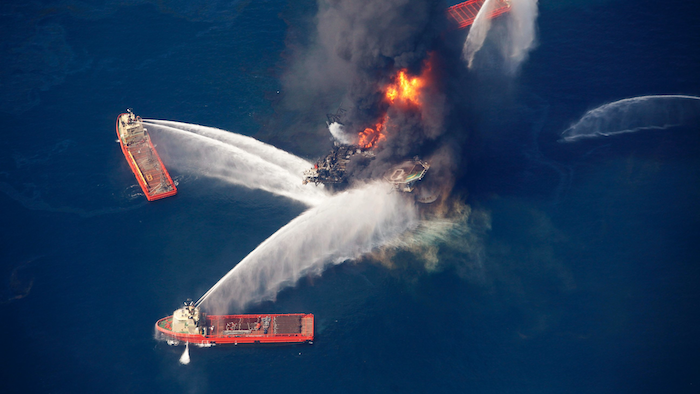 When Karen Savage and Cherri Foytlin wrote an article about the Deepwater Horizon explosion and oil spill of 2010, they thought it might get a few moments of attention and then fade away.

More than three years later, Savage and Foytlin are still defending their article after being sued by a scientific consulting company. The battle is headed to the highest court in Massachusetts. Arguments are scheduled for Friday, a week after "Deepwater Horizon," a film starring Mark Wahlberg, opens in theaters.

Their 2013 article, which appeared in The Huffington Post, questioned the independence of ChemRisk, a firm that published a study that found that the Gulf disaster did not expose cleanup workers to harmful levels of several airborne chemical compounds released by the explosion.

Savage and Foytlin alleged in the article that ChemRisk had strong ties to the oil industry and accused the company of "using questionable ethics to help their clients avoid legal responsibility for their actions."

The oil spill, one of the largest environmental disasters in history, began on April 10, 2010. Millions of barrels of oil leaked into the Gulf of Mexico for 87 days after the explosion. British Petroleum, which was found primarily responsible for the spill, has paid billions in cleanup costs, settlements and penalties. 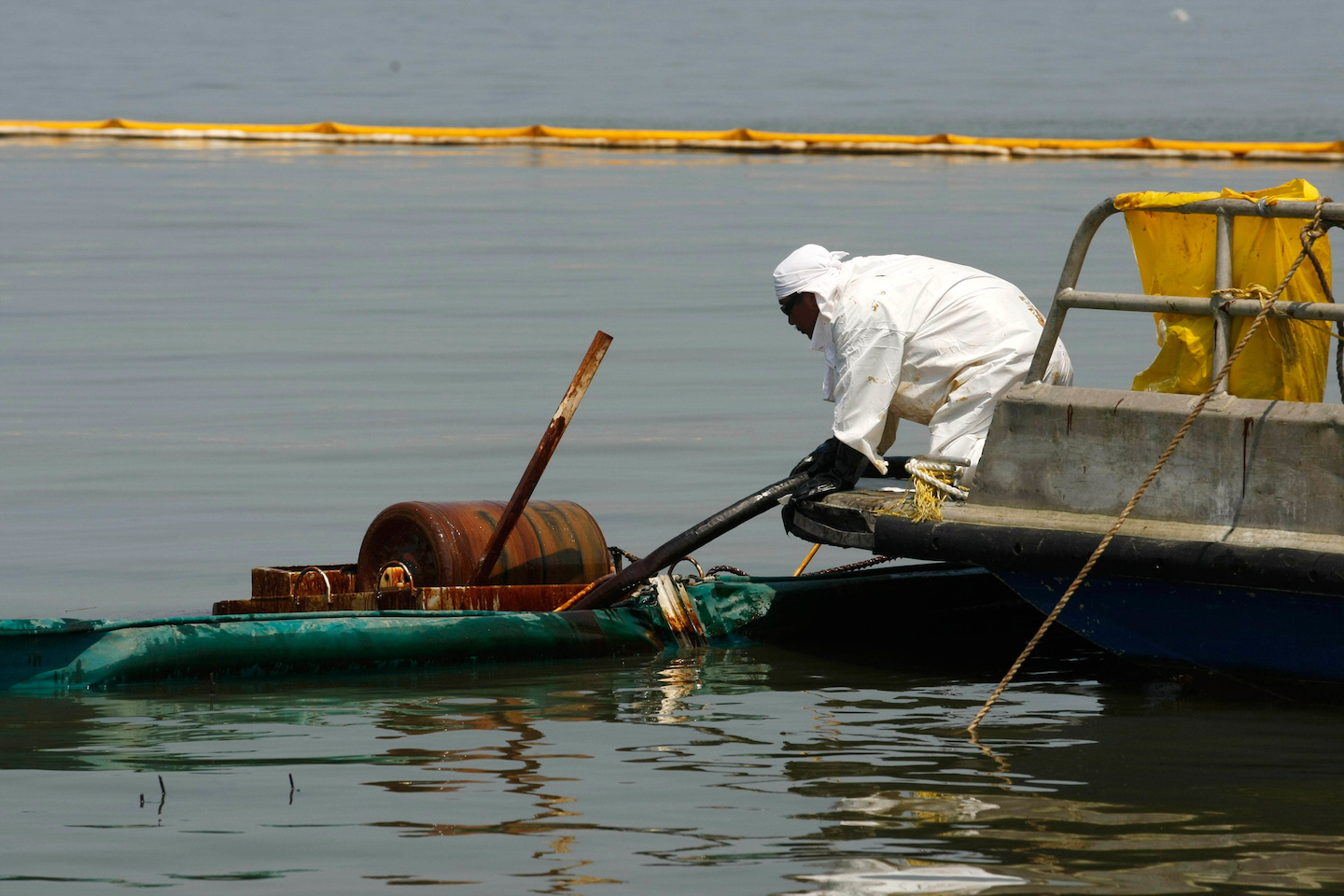 A contractor operates an oil skimmer near a marsh impacted from the Deepwater Horizon oil spill in Pass a Loutre, La. (AP Photo/Gerald Herbert, File)

The defamation lawsuit filed by ChemRisk stunned Savage, then a middle school math teacher in Boston, and Foytlin, a single mother from Rayne, Louisiana, who became an environmental advocate after the Deepwater Horizon spill.

"I have a 1999 beat-up car, six kids and a mortgage — that's all I have — so I thought, there's nothing they want from me except to shut me up," said Foytlin.

The case is expected to explore the scope of a Massachusetts law aimed at discouraging lawsuits intended to silence people who speak out on issues of public interest. Savage and Foytlin claim ChemRisk's lawsuit falls into that category of litigation, known as Strategic Lawsuits against Public Participation.

Many states, including Massachusetts, have anti-SLAPP laws designed to quickly dispose of such lawsuits if the people being sued can show they were engaged in their constitutional right to petition the government. The state's law defines petitioning activity as written or oral statements made in connection with an issue being considered by a government body or aimed at building public support or influencing government policy.

Savage and Foytlin say their article was an attempt by them to encourage action and enlist public participation in governmental proceedings and court cases in the oil spill. They say the lawsuit was designed to intimidate them.

"This was a spill of national significance ... we were trying to show that there was still some serious impact from this disaster," Foytlin said.

"As citizens, we should have the right to speak out, to share the story to make sure people know what's really going on," she added. 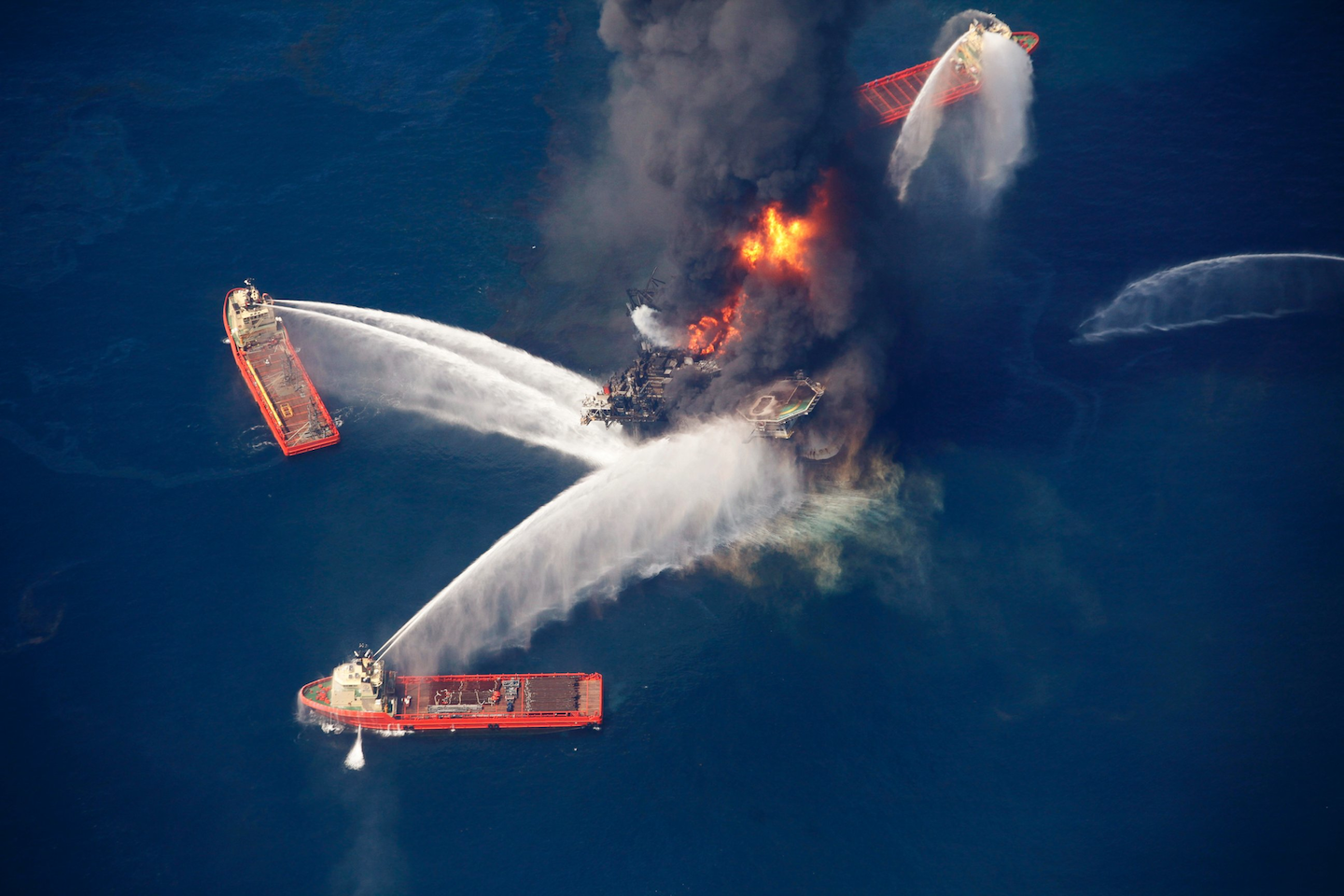 ChemRisk's lawyers, however, say the article was a "hit piece" that contained false information.

Savage and Foytlin filed a motion to dismiss the lawsuit, but a judge rejected that, finding that they were not engaged in petitioning activity when they published the article about ChemRisk. The women appealed that ruling.

Megan Meier, one of ChemRisk's attorneys, said ChemRisk's parent company decided to move to dismiss the lawsuit in March because continuing the case would have required significant time and resources, and because Savage and Foytlin made it clear "they would not retract their statements even if a court determined that they were false."

Meier said that before the company could notify the court, the Supreme Judicial Court agreed to hear the women's appeal of the lower court's ruling that the Massachusetts anti-SLAPP law did not apply to their claims.

The Court will be asked to decide the parameters of the law.

"The case is incredibly important from a public policy perspective because it will determine whether bloggers are entitled to the protections of the anti-SLAPP statute," said John Reichman, a New York lawyer who represents Savage and Foytlin.

Meier said the Massachusetts Legislature purposely limited the scope of the anti-SLAPP statute. ChemRisk argues that the law does not apply in this case because Foytlin and Savage were not petitioning to rectify a grievance of their own, but instead were writing on behalf of cleanup workers.