The 2010 blast of a PG&E natural gas pipeline sent a giant plume of fire into the air, killing eight people and destroying 38 homes in the city of San Bruno. 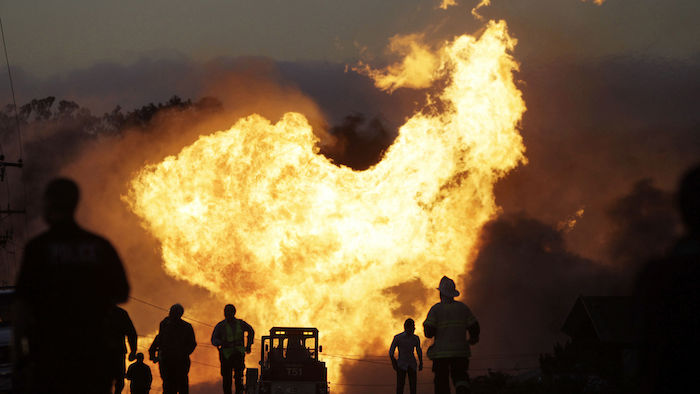 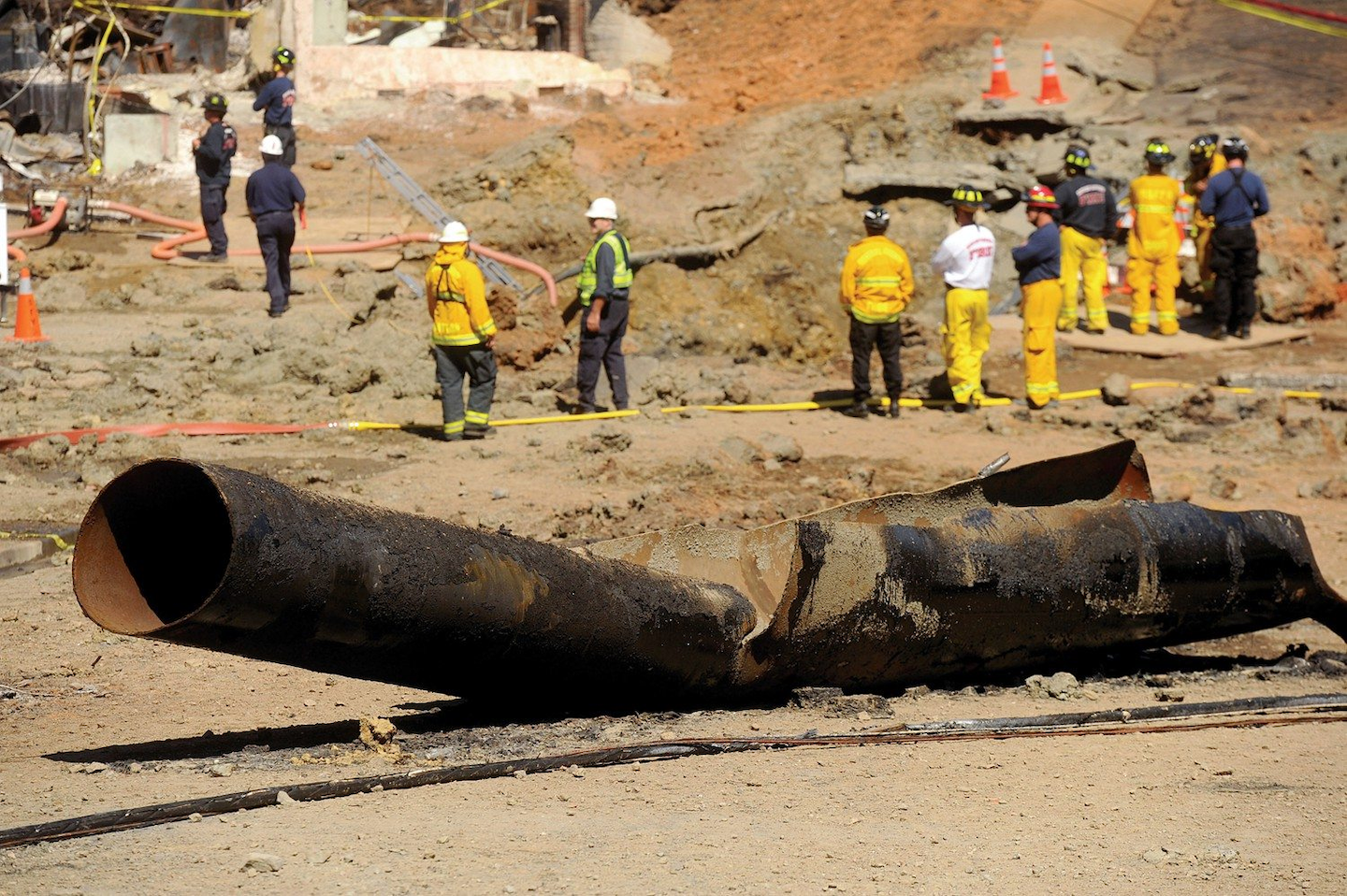 A federal jury found California's largest utility guilty of violating pipeline safety regulations before a deadly natural gas pipeline explosion in the San Francisco Bay Area and then misleading investigators about how it was identifying high-risk pipelines.

After deliberating for seven days, jurors convicted Pacific Gas & Electric Co. Tuesday of obstruction and five of 11 counts of pipeline safety violations, including failing to gather information to evaluate potential gas line threats and deliberately not classifying a gas line as high risk.

The 2010 blast of a PG&E natural gas pipeline sent a giant plume of fire into the air, killing eight people and destroying 38 homes in the city of San Bruno.

U.S. Attorney Brian Stretch said in a statement his office's investigation of whether PG&E violated regulations was needed in the wake of the blast to "honour the memory of those who perished."

"The jury has determined that PG&E management chose wilfully not to follow certain of those regulations," he said.

No PG&E employees were charged, so no one is facing prison time. A judge could fine PG&E as much as $3 million for the convictions when the company is sentenced.

"While we are very much focused on the future, we will never forget the lessons of the past," PG&E said in a statement. "We want our customers and their families to know that we are committed to re-earning their trust by acting with integrity and working around the clock to provide them with energy that is safe, reliable, affordable and clean."

During the investigation, prosecutors say, the San Francisco-based utility misled federal officials about the standard it was using to identify high-risk pipelines.

PG&E pleaded not guilty and said its employees did the best they could with ambiguous regulations they struggled to understand. 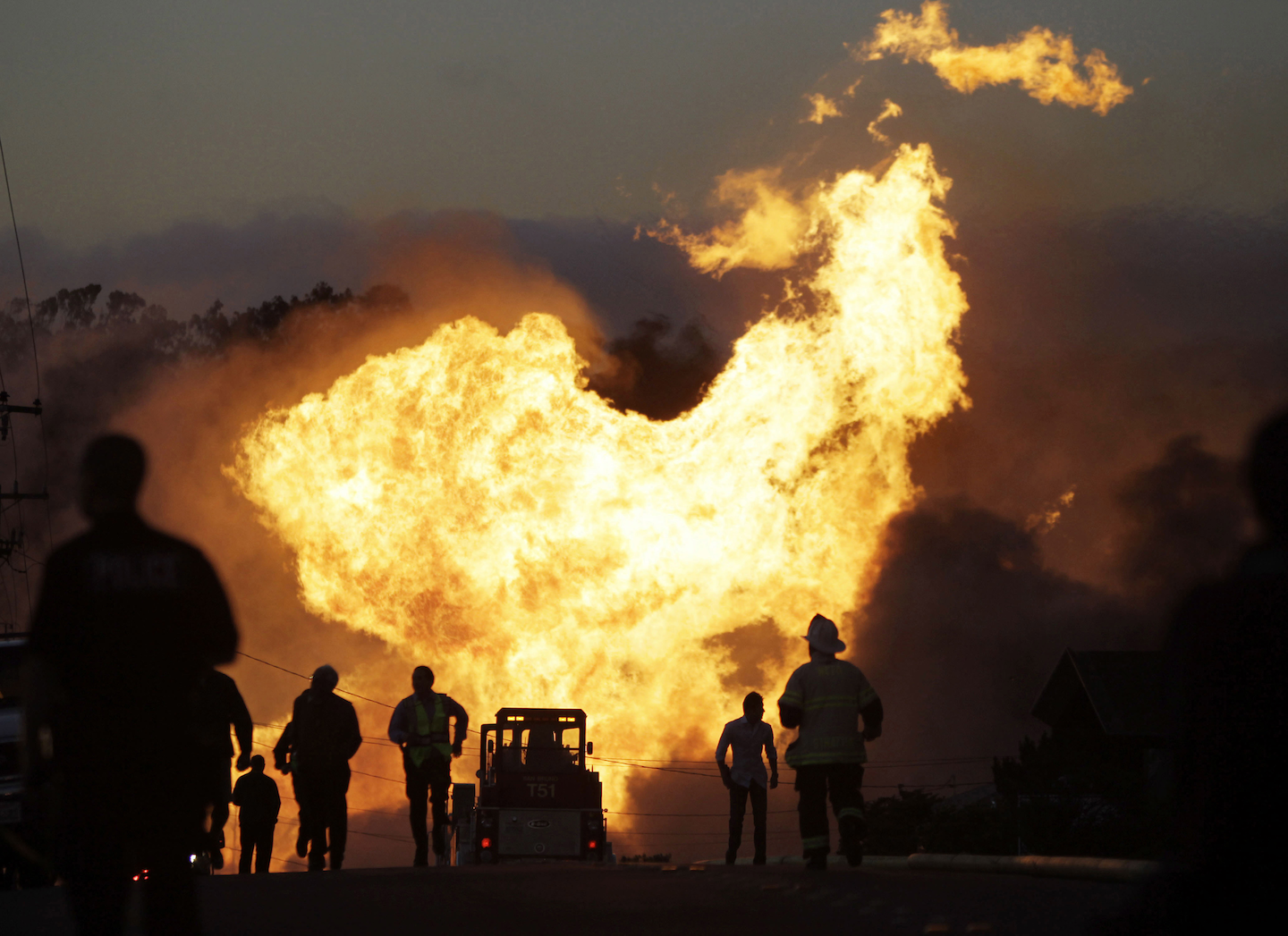 The stakes in the case dropped dramatically, however, when prosecutors made the surprising decision several days into jury deliberations not to pursue a potential $562 million fine if PG&E was found guilty of any of the pipeline safety counts.

The decision, which was approved by a judge, reduced the company's maximum liability to $6 million, prompting criticism that prosecutors were not holding PG&E accountable.

Robert Weisberg, a criminal law professor at Stanford University, said the larger potential penalty would have pushed the trial into a second phase with an uncertain outcome.

"The government needed a felony conviction to act as a deterrent and stigma," Weisberg said. "I think it got out of this what it wanted."

According to prosecutors, the standard PG&E used to identify high-risk pipelines violated safety regulations and led to a failure to classify the San Bruno pipeline and others as high risk and properly assess them.

The company deliberately misclassified pipelines so it wouldn't have to subject them to appropriate testing, choosing a cheaper method to save money, prosecutors said.

"The motive was profits over safety," Assistant U.S. Attorney Jeffrey Schenk said during his closing argument in the more than monthlong trial.

PG&E engineers did not think the pipelines posed a safety risk, and the company did not intend to mislead investigators, PG&E attorney Steven Bauer said during the trial.

The utility inadvertently sent officials a draft policy about its standard for identifying high risk pipes, not one the company was actually following, he said.

"Nobody at PG&E is a criminal," he said during his closing argument. He accused prosecutors of engaging in an "elaborate second-guessing exercise."

Investigators have blamed the blast in part on poor PG&E record-keeping that was based on incomplete and inaccurate pipeline information. Jurors on Tuesday, however, did not convict PG&E of pipeline safety counts related to poor record-keeping.