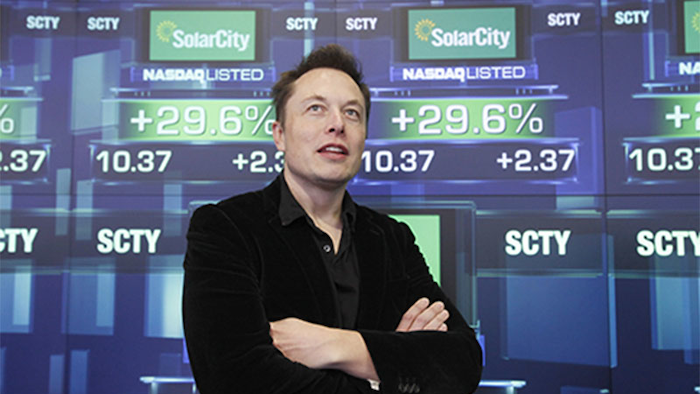 Electric car maker Tesla Motors wants to buy solar panel maker SolarCity for up to $2.8 billion in an attempt to create a one-stop shop for cleaner energy as consumers become more concerned about fossil fuels harming the environment.

The all-stock bid announced Tuesday values SolarCity Corp. at $26.50 to $28.50 per share, depending on a review of the company's books.

SolarCity's stock surged $3.31, or 16 percent, to $24.50 in after-hours trading following the announcement of the deal.

Tesla's shares sank $24.86, or 11 percent, to $194.75, signaling that many investors don't like the idea of the company relinquishing 8 to 9 percent of its current market value of $32 billion to expand into the solar energy industry.

Both of the companies, located about 17 miles apart in Silicon Valley, are burning through cash as they try to expand in still relatively small markets. Tesla has lost $1.2 billion in the past two years alone while SolarCity has suffered losses exceeding $1.1 billion during the same span.

Yet both have fared well in the stock market, particularly Tesla. That's largely because its CEO, Elon Musk, has been widely viewed as a visionary since he co-founded online payment service PayPal.

Now, the 44-year-old Musk is trying to bring two of his progeny together. He is chairman of both companies and the largest individual shareholder in each, with a 26 percent stake in Tesla and a 22 percent stake in SolarCity. The solar panel company's CEO, Lyndon Rive, is Musk's cousin.

Tesla is pursuing SolarCity 14 months after introducing a battery system that stores solar energy in homes and businesses trying to minimize their dependence on the power grids run by utilities. The battery, called "Powerwall," marked Tesla's first product outside the sleek and expensive electric vehicles that the Palo Alto, California, company has been making since 2008.

Musk said in a Tuesday conference call that he believes both Tesla and SolarCity will be better off if their products are united under one roof and a common brand.

If the deal goes through, SolarCity will adopt Tesla's name and sell its solar panels alongside power-storing batteries, Musk said. He reasons many of the people who want to drive electric vehicles will have an inherent interest in setting up cleaner energy systems in their homes and offices.

Although he said he didn't know for certain, Musk estimated about only about one-fourth of Tesla owners currently have solar energy panels. 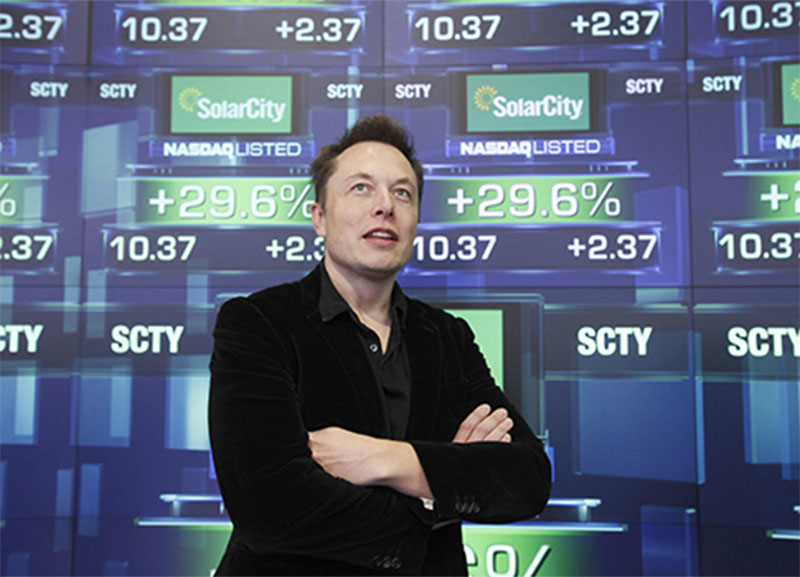 If Tesla and SolarCity are combined, Musk envisions a more efficient operation that dispatches just one team to install solar panels, electric car chargers and energy-storing batteries in a single visit.

In an effort to avoid questions about conflicting interests, Musk and Antonio Gracias, another Tesla director who also sits on SolarCity's board, are both recusing themselves from the vote on whether to sell. In a letter to SolarCity's board, Tesla also said it is willing to make the deal approval contingent on a majority of "disinterested" shareholders, which would leave Musk on the sidelines.

The sell-off in Tesla's stock after the takeover bid was announced cost Musk about $925 million on paper, exceeding the $325 million gain in the value of his SolarCity holdings.

Nonetheless, he expressed confidence that Tesla will end up owning SolarCity.

"This is something that should happen," he said. "It's a no-brainer."