The Tesla Model X has an impressive-sounding “Bioweapon Defense Mode,” but what is this actually for? 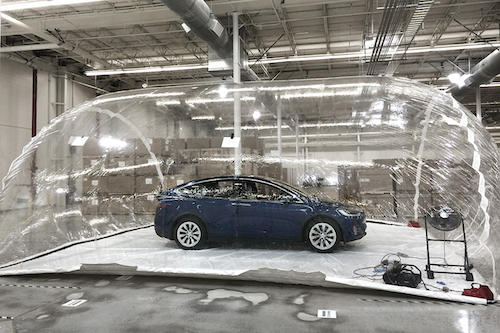 The Tesla Model X has an impressive-sounding “bioweapon defense mode,” but what is this actually for? The HEPA air filtration system seals the car up and scrubs pollen, bacteria and pollution out of the air. In order to test it and show its practicality (and … let’s be honest … because it looks cool), Tesla Motors put a Model X to the test inside a polluted chamber.

On the EPA’s air cleanliness scale, “good” air has 12 micrograms per cubic meter of pollutants, or 12 µg/m³. Beijing reaches levels of 56 µg/m³, and Los Angeles 20 µg/m³. The air pumped into the Model X’s sealed bubble was a dangerous 1,000 20 µg/m³, requiring the occupants to wear gas masks. 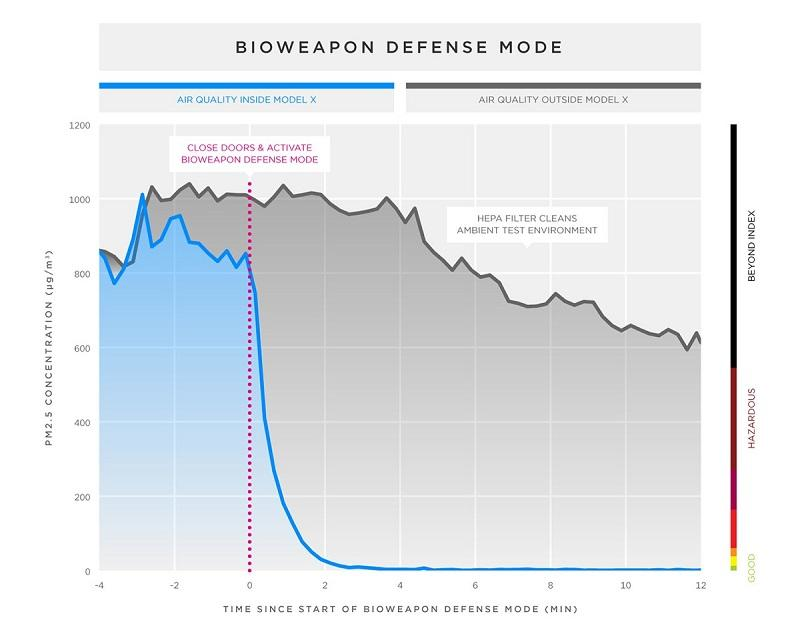 As soon as the simulated chemical bombardment reached its peak, the HEPA filtration system kicked on. It took two minutes to scrub the particulates from the air and recirculate clean air into the vehicle so that the occupants could breathe again, and it wasn’t done yet: the scrubbers also went to work on the air outside the car.

The World Health Organization found that more than 3 million people die every year from health problems associated with pollution. 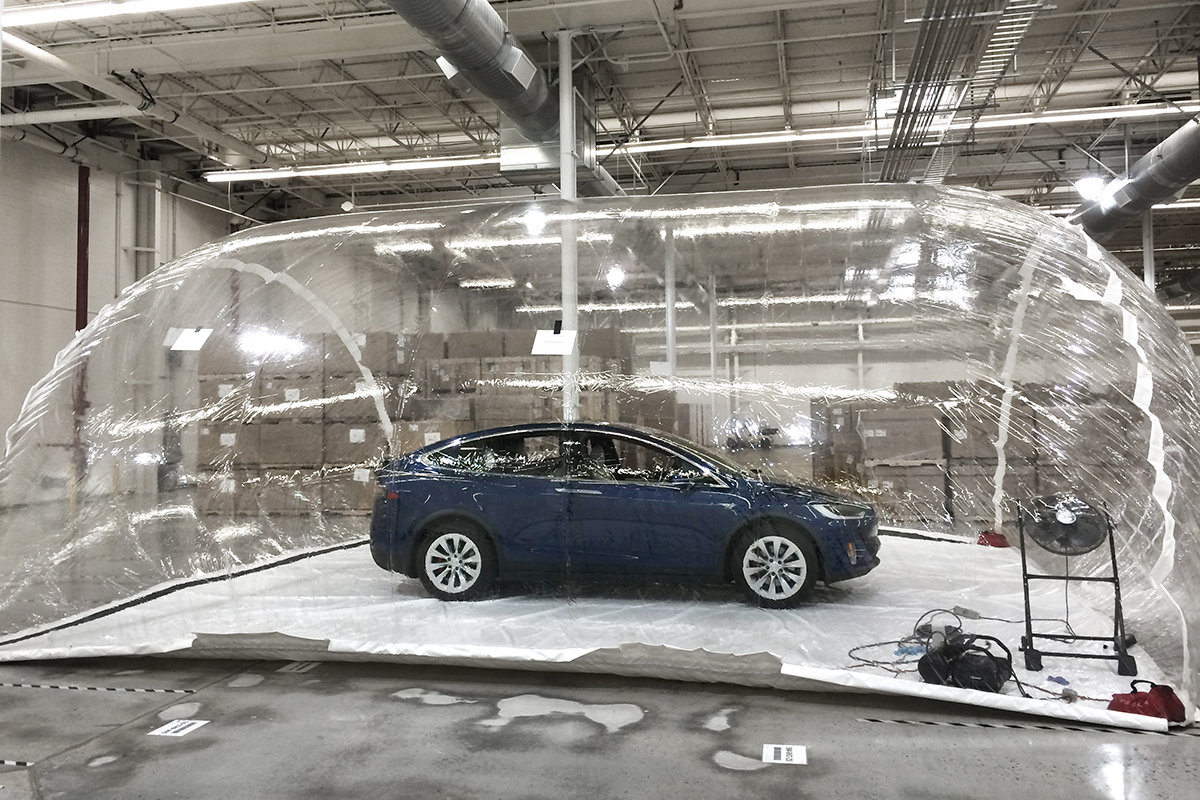 The Model S sedans now in production will also be equipped with the HEPA filter and bioweapon defense mode.

There’s a certain hyperbole to public statements like “You can literally survive a military grade bio attack by sitting in your car,” but they’re also true.

Will you need to drive a Model X into a warzone? Hopefully not, but Tesla doesn’t judge.