Although four years from completion, the plant’s half-million solar panels can already be seen from space. 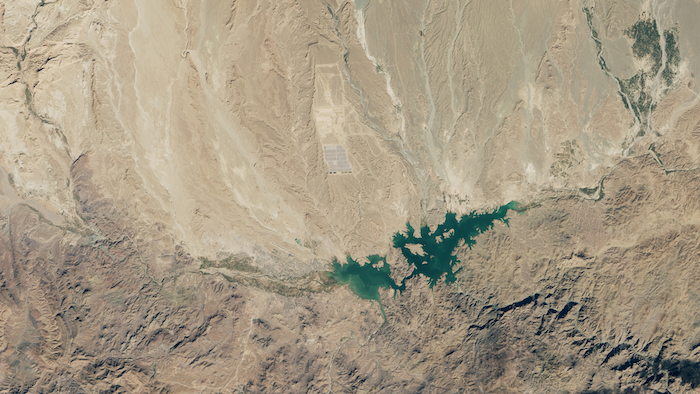 A zoomed-out version of the same plant photo above. (Photo courtesy of NASA Earth Observatory) 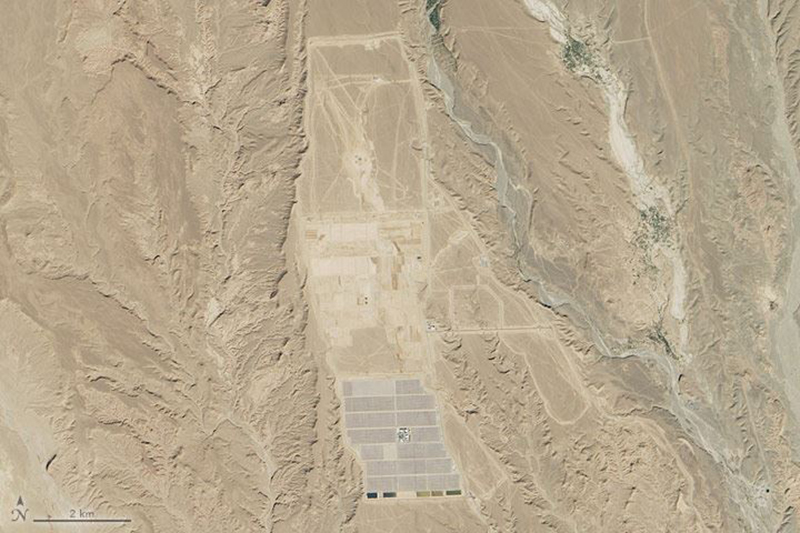 Taken from space, this photo shows the plant in its current form. (Photo courtesy of NASA Earth Observatory)

Morocco gets about 3,000 hours of sun per year, which is precisely why it’s an ideal location for what will be (upon completion in 2020) the largest solar power plant in the world.

The Noor power plant is being built in the Sahara Desert in the town of Ouarzazate, and the first phase of construction is nearly finished. Even now, the enormous structure — along with the plant’s 500,000 solar mirrors — are already visible from space. 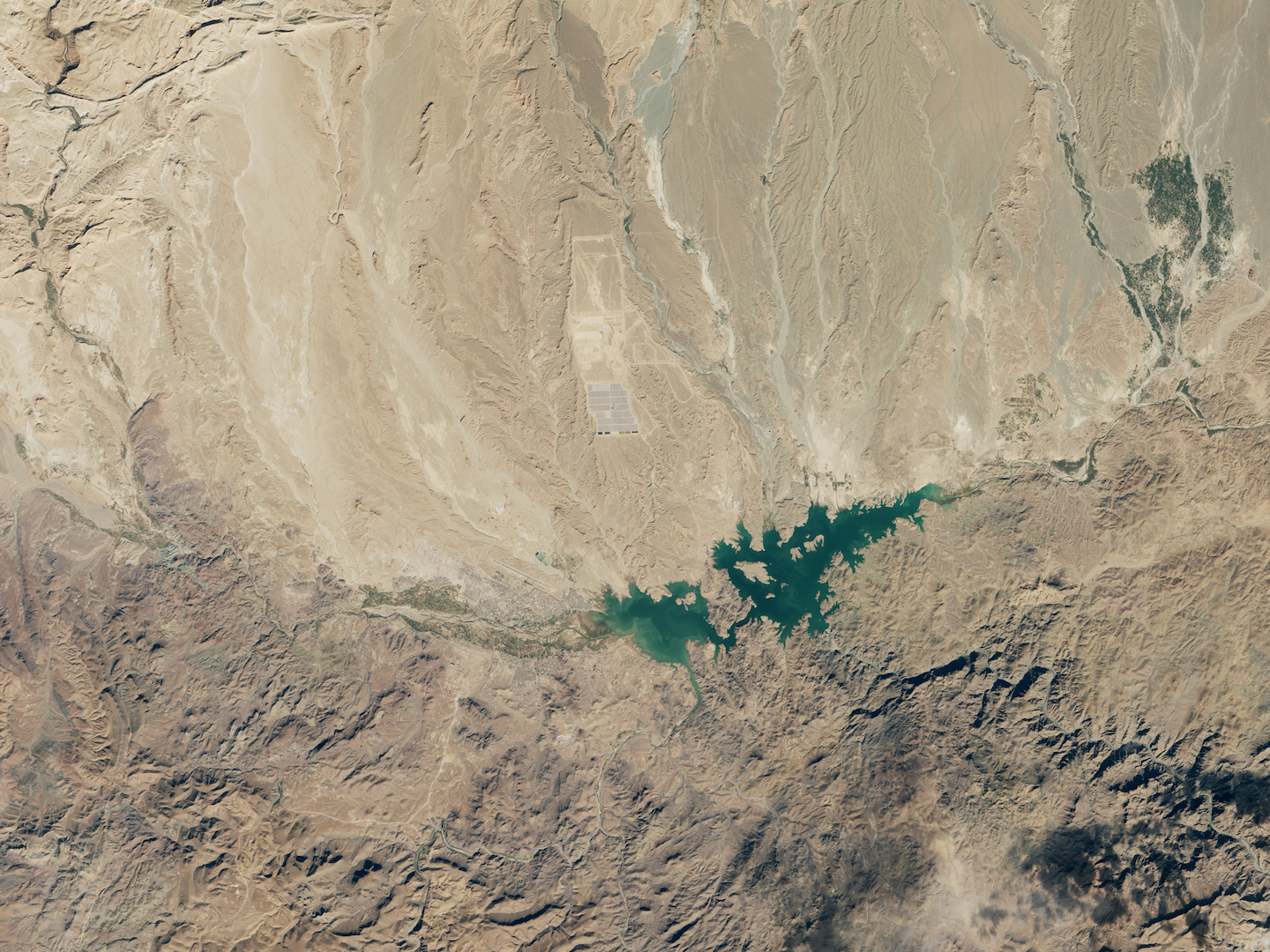 A zoomed-out version of the same plant photo above. (Photo courtesy of NASA Earth Observatory)

“The system at Ouarzazate uses 12-meter-tall parabolic mirrors to focus energy onto a fluid-filled pipeline,” according to the release.

“The pipeline’s hot fluid — 393 degrees Celsius (739 degrees Fahrenheit) — is the heat source used to warm the water and make steam. The plant doesn’t stop delivering energy at nighttime or when clouds obscure the sun; heat from the fluid can be stored in a tank of molten salts.”

Additionally, an article from Gizmodo says the entire plant will cover 6,178 acres and be capable of producing 580 megawatts of concentrated solar power when complete.

The plant will help meet Morocco’s internal energy demands, which are predicted to rise in the coming years.