Statoil announced it is giving up 16 of its company-operated leases in the Chukchi Sea. 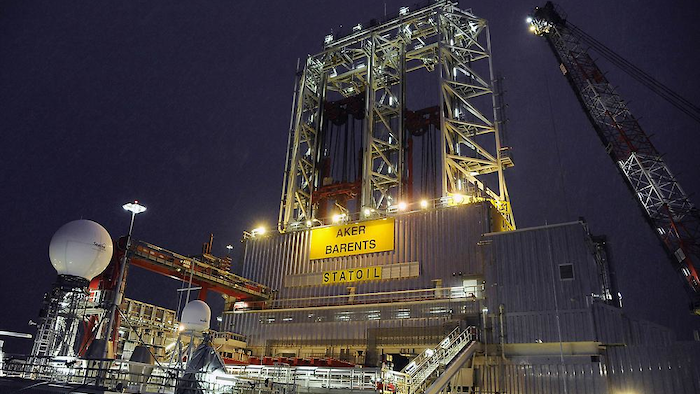 A second major oil company has abandoned plans to drill in the Arctic Ocean off the northwest coast of Alaska.

Statoil announced Tuesday it is giving up 16 of its company-operated leases in the Chukchi Sea. The Norwegian company also is abandoning its stake in 50 Chukchi leases operated by ConocoPhillips.

The company on its website said the leases, purchased at a federal lease sale in 2008, no longer made financial sense.

"Solid work has been carried out, but given the current outlook we could not support continued efforts to mature these opportunities," said Tim Dodson, executive vice president for exploration.

The leases are set to expire in 2020. The company will close its Anchorage office.

The move was not a surprise. Statoil hasn't drilled any exploratory wells in the Chukchi and the decision comes after Royal Dutch Shell PLC similarly bowed out of exploration in the U.S. Arctic after drilling the only recent exploratory well in the region.

Environmental groups contend that tapping into the vast underwater reserves, estimated by the U.S. Geological Survey at 26 billion barrels of conventionally recoverable oil, will accelerate global warming, which is blamed for melting Arctic sea ice and shrinking habitat for polar bears and walrus.

Shell spent upward of $7 billion on Arctic offshore exploration in the Chukchi and Beaufort seas but announced Sept. 28 that it would abandon drilling in U.S. Arctic waters for the foreseeable future.

Shell cited disappointing results from an exploratory well drilled during the 2015 open water season 80 miles off the Alaska coast. The oil giant also cited what it called challenging and unpredictable federal regulatory environment in offshore Alaska.

Shell sent its drilling rigs north accompanied by an array of vessels designed to respond to a spill or blowout, including a second drill rig, under terms of its federal permits.

The federal Bureau of Safety and Environmental Enforcement announced in October it would not extend leases. Kevin Pendergast, regional supervisor for field operations, said Shell had not met the criteria to extend the leases, including providing the agency with a work schedule. Shell could apply again, he said.

Offshore Arctic drilling is strongly supported by Alaska elected officials who hope to find an alternative source of oil for the trans-Alaska pipeline. The pipeline is operating at about one-quarter capacity because of declining production in onshore oil fields.

"We are disappointed in Statoil's decision to not pursue further offshore development in the Chukchi, and understand it is largely tied to Shell's decision to terminate its offshore drilling efforts in Alaska as well," said Alaska Gov. Bill Walker in a statement.

The decision further emphasizes the need to develop onshore opportunities such as the coastal plain of the Arctic National Wildlife Refuge, he said.