The decision said that as a state-run company, YPF must provide the information. 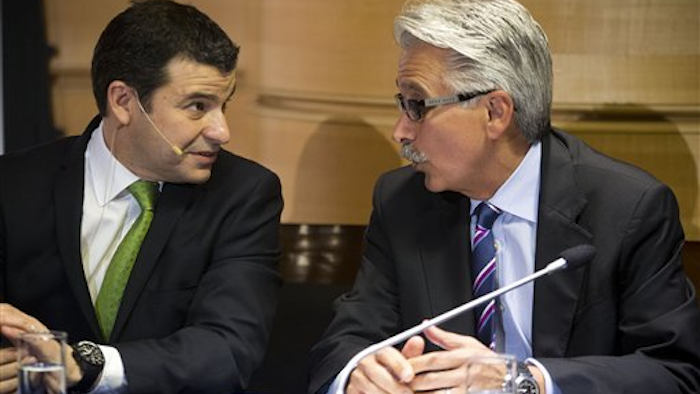 Argentina's Supreme Court on Tuesday ordered the government-run YPF energy company to disclose clauses of an investment deal with U.S.-based Chevron Corp. to produce oil and gas by hydraulic fracturing in one of the world's largest shale deposits.

The decision, published on the website of the official judicial news agency, follows a request by Sen. Hector Giustiniani after YPF refused to disclose environmental and other information on the project in the southern province of Neuquen.

The decision, signed by three of the four Argentina top justices, said that as a state-run company, YPF must allow access to information on its activities. Argentina took over Repsol's controlling stake in YPF in 2012.

They dismissed claims that releasing confidential information could affect the development of the deal.

Opposition politicians, environmental groups and others criticized potential environmental problems and the government's refusal to release all of the contract's provisions.

Giustiniani had alleged that the deal had secret clauses, including a "commitment that would force the country to hand over the rights to the third-largest deposit of unconventional oil and gas for the next 35 years." He also said one clause would ensure that Chevron would continue to get royalties even if it pulled out from the deal.

Last year, a federal appellate court ordered a criminal investigation into the approval of the billion-dollar deal at the Vaca Muerta shale deposit.

Then-Cabinet chief Jorge Capitanich denied last year that there were any "secret clauses," but said it did have confidential elements "typical of an investment of this nature."

Chevron announced its first substantial investment in the Vaca Muerta shale deposit the day after President Cristina Fernandez's government lowered currency and tax restrictions on investors that spend at least $1 billion in the oil sector.

The government has said that the deal was transparent and constitutional.