It was a collaborative effort to provide a new source of oil for the trans-Alaska pipeline. 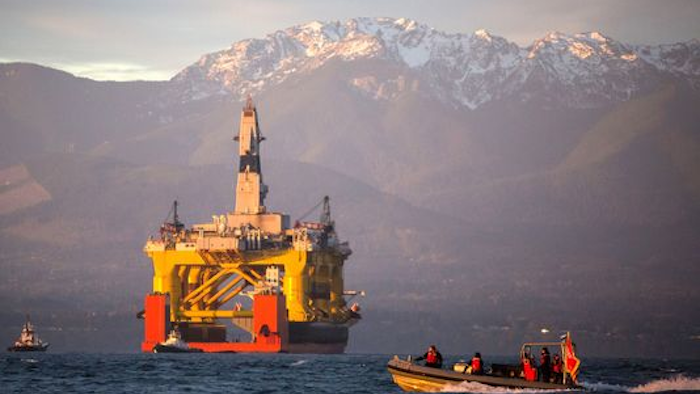 The U.S. Bureau of Land Management announced Thursday that it had approved a drilling permit that would clear the way for the first oil and gas production from federal land in the National Petroleum Reserve-Alaska.

The permit is for the Greater Mooses Tooth 1 project being pursued by ConocoPhillips Alaska.

In a release, BLM Director Neil Kornze said it was a collaborative effort to ensure responsible development that will provide a new source of oil for the trans-Alaska pipeline.

The agency in February approved the project, a decision that incorporated what BLM called a "robust package of mitigation requirements." As part of that, the company is to provide $8 million toward a compensatory mitigation fund. A regional mitigation plan also is being developed.

ConocoPhillips Alaska spokeswoman Natalie Lowman said by email that the company is seeking board and partner approval for funding. She called BLM's approval of a drilling permit and granting of right-of-way good news.

U.S. Sen. Lisa Murkowski, R-Alaska, welcomed the news, too, but noted the "tortured path" that she said Alaskans have had to navigate to develop on federal lands in the state. The project was initially proposed over a decade ago and was subject to multiple environmental review processes, each of which added stipulations that complicated or delayed the project, Murkowski said in a release.

"Mitigating impacts to subsistence and local communities is critically important to responsible development, but the protracted process and requirements GMT-1 has been subject to must not be a precedent for development" in the reserve, she said.

The roughly 23 million-acre National Petroleum Reserve-Alaska is the largest single block of federally managed land in the United States.

Lindsey Hajduk, Alaska program director for the Conservation Lands Foundation, called the reserve "our nation's largest, intact wild area, which supports a vast array of wildlife that is essential to the subsistence lifestyle of Alaska Native communities."

She said in a release that it's up to the public to hold BLM to its commitment to protect the reserve's special areas "from the splintering impacts of oil and gas development and ensure that these areas remain safe havens for wildlife and subsistence hunting."