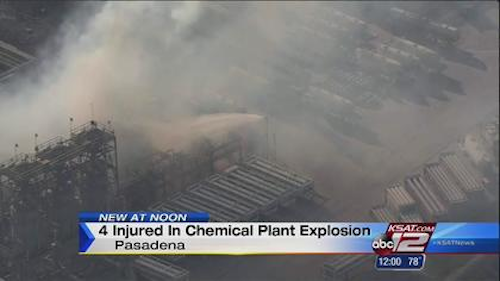 The workers were transported to hospitals, where authorities said that their injuries did not appear to be life-threatening. Further details, including their names, were not available.

Authorities said the accident poses no danger to the surrounding community.

The Houston Chronicle reported that the incident is the latest in a series of safety concerns at the SunEdison plant in recent years.