The head of the Senate Energy and Natural Resources Committee is arguing that instability in Ukraine makes the case for building the Keystone XL oil pipeline. 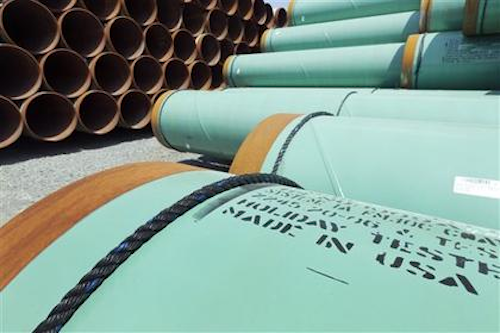 WASHINGTON (AP) -- The head of the Senate Energy and Natural Resources Committee is arguing that instability in Ukraine makes the case for building the Keystone XL oil pipeline.

Louisiana's Sen. Mary Landrieu says the proposed pipeline from Canada to the United States would contribute only marginally to air quality problems, telling MSNBC the approval process "has been too slow."

Landrieu sidestepped a question about President Barack Obama's hesitance to proceed, but said, "I think he has some serious questions about how much it would contribute to the deteriorating climate situation."

Landrieu adds, quote, "Americans look at what's happening in Russia and Ukraine — I think it sends shivers up their spine and it should."

Senate Democrats and Republicans have been bickering over whether to allow a vote to construct the pipeline.