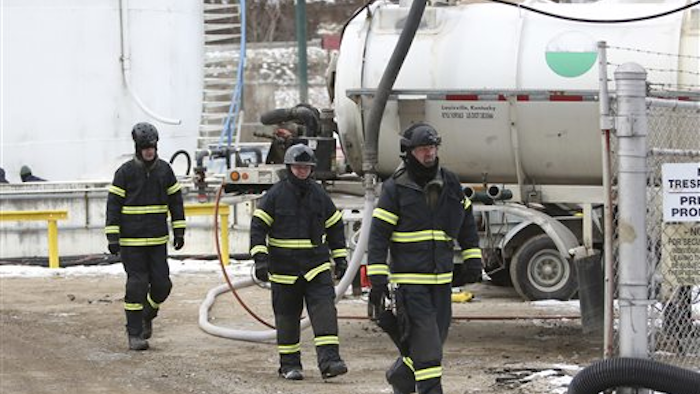 The new count alleges that Southern sent a $6.5 million check from a personal bank account around Feb. 7, 2014, to an insurance company to be deposited in an annuity as part of a bankruptcy fraud scheme.

Southern is accused of scheming to defraud Freedom's creditors and plaintiffs who sued the company and him following the Jan. 9, 2014, spill of a coal-cleaning chemical from a tank at the company's storage facility along the Elk River in Charleston. The alleged scheme included attempting to protect some of his assets from possible verdicts and judgments.

The spill occurred just upstream of a West Virginia American Water plant and prompted a tap-water ban for 300,000 people for days. Freedom filed for Chapter 11 bankruptcy on Jan. 17, 2014.

Southern and former Freedom executives William Tis, Charles Herzing and Dennis Farrell previously were charged with violating the federal Clean Water Act. They're accused of failing to ensure that the company operated the Charleston facility in a reasonable and environmentally sound manner.

The former executives also are accused of ignoring or failing to fund repairs and maintenance needed for compliance with environmental regulations.

Each former executive pleaded not guilty on Jan. 8, a day after the unsealing of an FBI affidavit that said Freedom knew about critical flaws at its Charleston plant but never dealt with them.