A fight for control of DuPont Co. is intensifying after the hedge fund led by activist investor Nelson Peltz announced plans to nominate its own slate of four directors to the industry titan's board. Its shares edged higher in premarket trading. Trian Fund Management LP, which holds about a 2.7 percent... 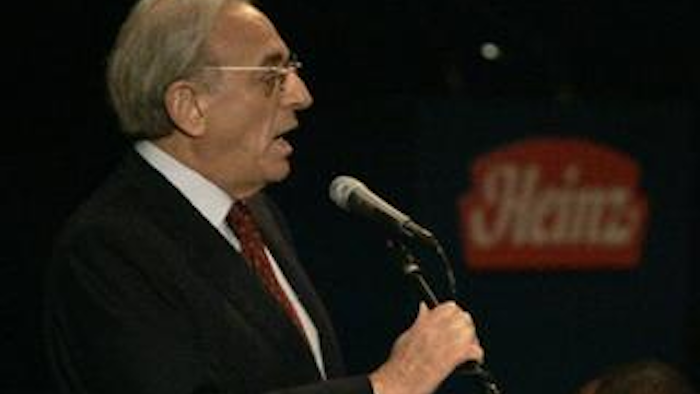 A fight for control of DuPont Co. is intensifying after the hedge fund led by activist investor Nelson Peltz announced plans to nominate its own slate of four directors to the industry titan's board.

Trian Fund Management LP, which holds about a 2.7 percent stake in DuPont, has been hammering away at the more than 200-year-old, $67.5 billion chemical company for almost two years now, pushing to split it into two.

Trian has called for the agriculture, nutrition and health and industrial biosciences units to be combined into a single growth company, separate from the more cyclical businesses of performance materials, safety and protection, and electronics and communication. It also wants the performance chemicals unit separated.

While DuPont has already announced plans to spin off the performance chemicals segment, Trian said that the plans include "poor corporate governance and punitive anti-takeover measures" that show a disconnect from shareholders.

DuPont said late Thursday that it will review Trian's proposed nominees and make recommendations that are in the best interests of its shareholders. At the same time, the Delaware company defended its current board, saying that it contains "experienced professionals with expertise across a range of relevant disciplines and industries critical to DuPont's businesses."

DuPont said that there have been numerous efforts to have constructive talks with Trian, but that the firm "has chosen this path with the potential to disrupt our company at a key stage of execution against our plan."

Trian's board nominees, which include Peltz, will face a vote at the annual shareholder meeting for E.I. duPont de Nemours and Co. in the spring.

DuPont shares rose 97 cents, or 1.3 percent, to $75.50 in premarket trading about a half-hour before the market open.