Oil's plunge is spreading both pain and gain across the globe. The price of a barrel has fallen by about half since June, punishing the economies of some major exporters. Russia's currency has nose-dived, for instance, and investors worry Venezuela could default on its... 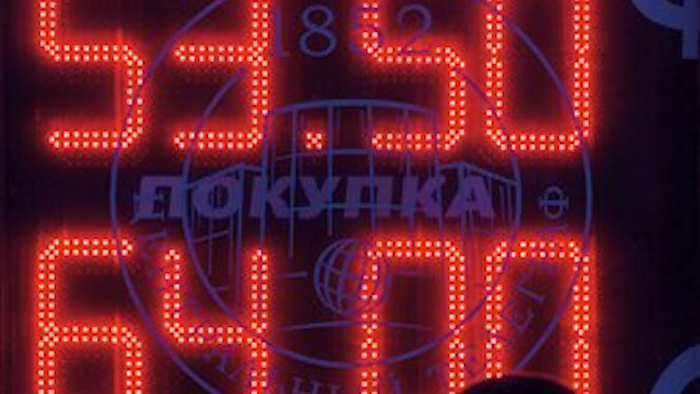 Oil's plunge is spreading both pain and gain across the globe.

The price of a barrel has fallen by about half since June, punishing the economies of some major exporters. Russia's currency has nose-dived, for instance, and investors worry Venezuela could default on its debt.

For countries that consume a large amount of the world's oil, it's a different story. The world's four biggest economies — U.S., China, Japan and that of the European Union — all benefit from lower oil prices.

Whether the price plunge ultimately helps or harms the global economy depends on how low oil prices fall, how long they stay low, and whether they trigger political upheaval that interrupts trade or spooks investors.

On Friday the global price of oil traded near $61, down 47 percent from its high for the year of $115. That drop removes nearly $5 billion a day in revenue from the global oil industry — and reduces costs for consumers.

The prices of bonds of some state oil companies and developing nations have fallen. And a possible recession in Russia next year could hinder European economies in their recovery. But the U.S. stock market is trading near an all-time high, helped by some of the best employment and wage growth since the Great Recession.

Western sanctions against Russia were already pressuring the ruble when oil prices plunged, accelerating the currency's decline. A move last week to help the state-owned oil company Rosneft meet debt obligations sent the ruble down even further, raising concerns about a run on banks as Russians fled to stores to buy expensive goods before prices rose.

Like Russia, Venezuela's economic problems predate the decline in oil prices. Venezuela is even more dependent on oil revenues, though — they account for 95 percent of the country's exports. The price of Venezuelan bonds has plummeted in recent days as investors worry about a default, a move that could trigger political upheaval.

On Wednesday Nigeria's finance minister trimmed the country's 2015 budget by $3 billion, or 12 percent, because of lower oil prices.

Lower gasoline prices will save the typical U.S. household $550 next year, the Energy Department predicts. Shares of airline companies and shippers like UPS and FedEx have soared in recent months.

Federal Reserve Chair Janet Yellen said Wednesday that the decline in energy prices is "likely to be a net positive" for the U.S. even if it decreases domestic drilling activity, because the country remains a net importer of oil.

Consumers in China, Japan and Europe spend a lower portion of their income on energy, so a cut in energy prices doesn't go quite as far, although it still stimulates their economies. There's a catch for Japan, however. Falling oil prices could hamper efforts to trigger inflation in an effort to overcome economic stagnation.

Ambitious plans to boost oil production in Brazil, Colombia and Mexico will almost certainly be pushed back.

Brazil's oil industry was already reeling from a corruption scandal at the nation's state-controlled oil company, Petrobras. Also, the country's considerable oil reserves are expensive to exploit because they sit so deep under the ocean floor. Low oil prices could further reduce the incentive to drill there.

Colombia's oil industry has made major improvements in recent years. While it hasn't discovered huge oil fields yet, it has increased production. Now, the Colombian peso has fallen, and oil exploration will slow.

After years of declining production, Mexico reformed its constitution to allow foreign companies to operate in the country. The country is thought to have considerable untapped reserves both onshore and offshore. Now, though, global oil companies might delay or seek better contract terms.

"People want to get into Mexico but they won't pay just anything to do it," Ladislaw says.

OPEC's biggest producers remain very profitable at low oil prices because the cost to produce oil there is far below even current oil prices.

Saudi Arabia, the United Arab Emirates and Kuwait have large foreign reserve funds that will help them withstand periods of low prices, though they may still trim spending in response to low prices.

Iran and Iraq will face tougher challenges. Iraq is trying to fend off Islamic insurgents and rebuild its economy. Iran is struggling under the weight of western sanctions imposed over its nuclear program.