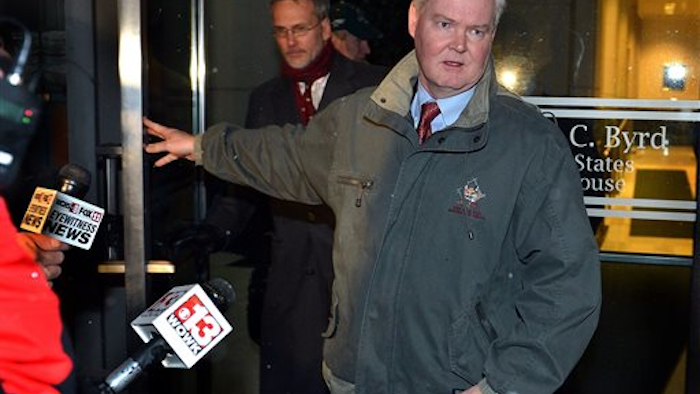 A grand jury has indicted four former executives of a chemical company on pollution charges in a spill that prompted a drinking water ban for 300,000 West Virginia residents.

An indictment unsealed Wednesday charges ex-Freedom Industries presidents Gary Southern and Dennis P. Farrell and two others with failing to ensure that Freedom operated the terminal that leaked in a reasonable and environmentally sound manner.

Southern also faces fraud charges related to the company's bankruptcy case. Freedom filed for bankruptcy eight days after the spill of coal-cleaning chemicals into the Elk River in Charleston.

The others charged are William E. Tis and Charles E. Herzing, who along with Farrell owned Freedom until December 2013. They sold it to Chemstream Holdings, after which Southern became president.