The Supreme Court is leaving in place BP's multibillion-dollar settlement with lawyers for businesses and residents over the 2010 oil spill in the Gulf of Mexico. The justices did not comment Monday in rejecting the London-based oil giant's arguments that lower courts misinterpreted... 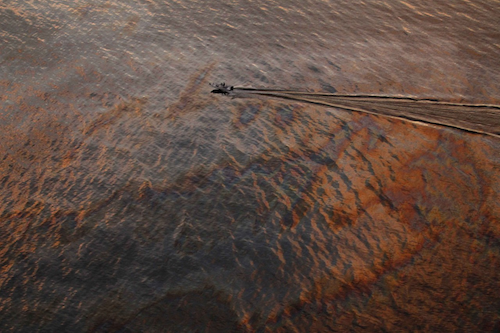 The Supreme Court is leaving in place BP's multibillion-dollar settlement with lawyers for businesses and residents over the 2010 oil spill in the Gulf of Mexico.

The justices did not comment Monday in rejecting the London-based oil giant's arguments that lower courts misinterpreted settlement terms and put BP on the hook to pay inflated and bogus claims by businesses.

BP wanted the court to consider whether people and businesses seeking payments under the settlement included individuals who haven't actually suffered any injury related to the spill.

The settlement doesn't have a cap, but BP initially estimated that it would pay roughly $7.8 billion to resolve the claims. But now the company says it can no longer give a reliable estimate for how much the deal will cost.