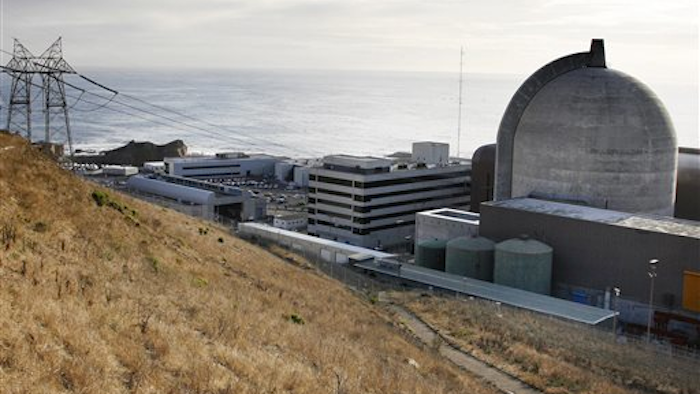 Sam Blakeslee argues in testimony to be submitted Wednesday to a U.S. Senate panel that public safety demands closer scrutiny of Diablo Canyon's twin reactors, located near several faults on a seaside bluff midway between Los Angeles and San Francisco.

The Nuclear Regulatory Commission and owner Pacific Gas and Electric Co. have long defended its safety.

"The potential earthquakes affecting the plant have increased with each major study. But what's equally striking is that the shaking predicted by PG&E for these increasing threats has systematically decreased," Blakeslee, a geophysicist who left the Legislature in 2012, says in prepared remarks.

He is scheduled to testify before the Environment and Public Works Committee in a hearing to question nuclear commissioners about seismic safety at U.S. plants in the wake of the 2011 Fukushima Dai-ichi disaster in Japan. The coastal complex suffered multiple meltdowns after an earthquake and tsunami destroyed its power and cooling systems. The magnitude-9.0 earthquake was far larger than had been believed possible.

The Nuclear Regulatory Commission has since directed U.S. nuclear plants to re-evaluate seismic risks, and those studies are due by March.

"The NRC must make safety its highest priority, because earthquakes don't wait for endless studies and I am concerned the NRC is again dithering when action is called for," Boxer said in a statement, referring to Diablo Canyon.

The Associated Press reported in August that a senior federal nuclear expert had urged the NRC to shut down the plant until it can determine whether the reactors can withstand shaking from any of several nearby faults not recognized when the plant was constructed decades ago.

The agency rejected the recommendation from Michael Peck, who was the NRC's lead inspector at the plant for five years. The NRC found there was no immediate or significant safety concern.

The agency's ruling was issued on the same day that PG&E released hundreds of pages of scientific research that found a fault 650 yards from the reactors is twice as long as initially believed, making it capable of producing potentially stronger earthquakes, and intersections between some faults in the region could create larger earthquakes than previously considered.

PG&E said in a statement that the plant remains seismically safe and able to withstand the largest potential earthquakes.

In his testimony, Blakeslee argues that the company has downplayed risks and criticizes the NRC for largely going along.

"Now that the data about the faults near Diablo is indisputable, PG&E has changed tactics and declared the plant is safe on the basis of a new set of equations it has developed," he writes.

Peck's report says PG&E research in 2011 determined that any of three nearby faults — the Shoreline, Los Osos and San Luis Bay — is capable of producing significantly more ground motion during an earthquake than was accounted for in the design of important plant equipment.

Peck's confidential analysis, later released by the NRC, argued that the agency should shut down the plant until it is proven that piping and other systems can meet higher stress levels or approve exemptions that would allow the reactors to continue to operate.

An internal NRC review panel disagreed with Peck on key points, concluding that the three faults "do not exceed the level of ground motion already considered in the design and licensing" of the plant.

Earthquake faults and nuclear power plants have been uneasy neighbors in the state for decades.

The Humboldt Bay plant in Northern California, which was within 3,000 yards of three faults, was shut down in 1976 to refuel and reinforce its ability to withstand possible earthquakes. Restarting it became more difficult and costly than projected — it never reopened.