An energy company is seeking federal approval for a natural gas pipeline through northern Massachusetts that has already garnered significant local opposition. Houston-based Kinder Morgan Inc. filed a request with... 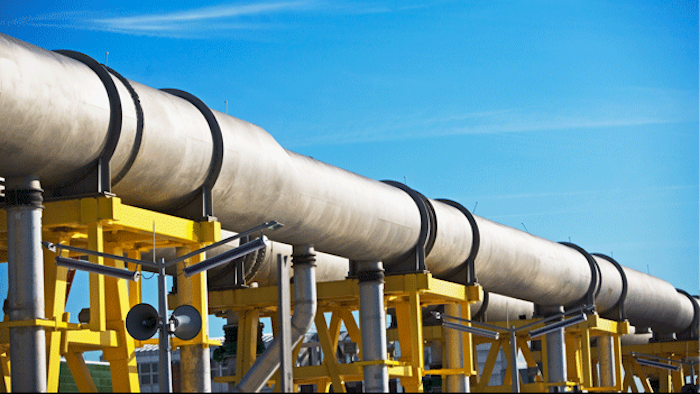 An energy company is seeking federal approval for a natural gas pipeline through northern Massachusetts that has already garnered significant local opposition.

The company is seeking to use the agency's "pre-filing procedures," a voluntary process that will help the firm identify and resolve environmental issues before a formal application is filed, Kinder Morgan spokesman Richard Wheatley said. He said the company, through its subsidiary Tennessee Gas Pipeline Co., would file detailed draft environmental reports that the public would be able to comment on.

Environmental activists said Tuesday they intend to line up scientific and legal experts to challenge the proposal. They note that some state leaders have already voiced concerns about the idea.

"I'm curious to see how (the Federal Energy Regulatory Commission) can determine need for this pipeline while the state of Massachusetts is currently re-evaluating that very subject," said Rosemary Wessel of the group No Fracked Gas in Mass. The need "was based on a projection of trends that weren't based in reality."

U.S. Sens. Elizabeth Warren and Edward Markey are among the Massachusetts politicians who have opposed the plan outright. Gov. Deval Patrick has said he remains skeptical about the proposal even as he generally supports the expansion of natural gas supply as a short-term solution to energy needs.

"Each of these cases calls for a more detailed analysis of the extent of impact and to determine whether the route can be adjusted to avoid or at least minimize impacts to these irreplaceable resources," Bartlett wrote. "To date, detailed discussion about these very real examples has not taken place and the company has not proposed any route adjustments for any state properties."

The proposed pipeline is part of a broader plan to bring more natural gas into the Northeast. Kinder Morgan says the overall project, which includes new pipeline through Pennsylvania and upstate New York, will cost as much as $6 billion, of which the Massachusetts section would represent about half the costs.

In Massachusetts, the plan calls for building some 177 miles of new pipeline — roughly 3 feet in diameter. The pipeline would begin around the town of Richmond, along the New York border, and run to the town of Dracut, along the New Hampshire border.

The company says the pipeline will help New England states meet a growing demand as they increasingly turn to natural gas for electricity. It says gas prices in New England are the highest in the nation because the region'sgas infrastructure is inadequate.

"This project will add significant new pipeline capacity, alleviating the transportation constraint in the region and leading to lower natural gas over time," the company states in the documents filed with federal regulators.

If allowed to use the "pre-filing" process, Kinder Morgan says it intends to file a draft environmental report by Oct. 31 and host about a dozen meetings in upstate New York and Massachusetts in November and December. The company hopes to file a formal project application with federal regulators by September 2015.