The powerful chemical industry is putting its lobbying muscle behind legislation that would establish standards for chemicals used in products from household goods to cellphones and plastic water bottles — but also make it tougher for states to enact... 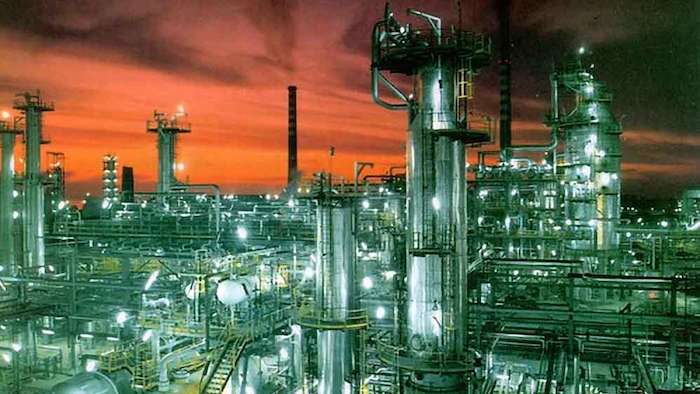 The powerful chemical industry is putting its lobbying muscle behind legislation that would establish standards for chemicals used in products from household goods to cellphones and plastic water bottles — but also make it tougher for states to enact their own regulations.

Many states already have acted on their own, and that's what has gotten the industry's attention.

"Rather than be picked apart on a state-by-state basis, with different regulations, we needed to have a coherent and cohesive federal system," said Anne Kolton, spokeswoman for the American Chemistry Council.

The group, which represents such chemical powerhouses as Dow, DuPont, BASF Corp., and 3M, spent nearly $6 million on lobbying in the first half of the year, the most recent reporting period.

There's widespread agreement that the current law needs an overhaul. Chemical manufacturers aren't required to develop new data on toxicity and exposure, which has led to products containing chemicals that haven't been screened for safety. The President's Cancer Panel said in 2010 that act "may be the most egregious example of ineffective regulation of environmental contaminants."

But a big sticking point is the role of the states in regulating chemicals.

Regulation of chemicals took on new urgency after a crippling spill in West Virginia last January contaminated drinking water for 300,000 residents. The chemical in the January spill, crude MCHM, is one of thousands not regulated under current law.

"West Virginia certainly raised the visibility of chemical hazards and vividly illustrated some of the failings of our current system," said Sen. Tom Udall, D-N.M., who chairs a subcommittee on toxics. But he added that the need for change predates the spill and has continued to grow.

West Virginia, which has not aggressively regulated chemicals, supports the Senate bill. It would require safety evaluations for all chemicals and give the Environmental Protection Agency authority to take action against chemicals deemed unsafe — ranging from labeling requirements to a ban. It would also overtake some state regulations — primarily when EPA takes action to regulate a chemical.

"Those states with existing programs need to be protected while those of us with nothing need and deserve better," said Michael Dorsey, chief of homeland security and emergency response for the West Virginia Department of Environmental Protection.

California, by comparison, has some of the toughest chemical regulations in the country. Sen. Barbara Boxer, D-Calif., chairwoman of the Senate Environment and Public Works Committee, is fighting to preserve state regulations. She said under the bill, states "face sweeping pre-emption even when there is no meaningful action by the federal government."

In a letter to Congress last year, California EPA Secretary Matt Rodriquez said dozens of California laws and regulations would be at risk if the bill passes, including those regulating greenhouse gases and safe drinking water. New York's attorney general has raised similar concerns. Regulation by states such as California and New York can have a national impact because of their large markets.

Several of ACC's larger members, including Bayer Corp., DuPont, and Dow Chemical, lobbied on the Senate bill in the first half of the year. Connie Deford, Dow's director of product sustainability and compliance, said the company supports the framework of the Senate bill.

"We believe it's critical for our industry that we have a stronger federal chemical management system than where we sit today," Deford said.

Outgunned financially, environmentalists have sometimes used star power to help illuminate their cause, but that hasn't been enough to overcome industry opposition. The Safer Chemicals, Healthy Families coalition had teamed up with actresses including Jessica Alba to promote different legislation. The bill never got a vote in Congress.

In a recent interview, Alba said she can't compete with lobbyists despite the media attention she brought to the issue.

"You can have certain public figures go in and advocate and raise a red flag and put a spotlight on an issue, but at the end of the day, it's people that are there day in and day out, that are pounding the pavement," said Alba, who launched the Honest Company to sell ecofriendly and toxin-free baby products and household items.

The American Chemistry Council opposed the environmentalist-backed bill, arguing its safety standards were unachievable. A few senators, including Udall, responded to the council with a tongue-lashing at a 2011 hearing.

But now the council is aligned with Udall on chemical regulation. Last year, after Udall took over as the lead Democratic sponsor of the industry-backed bill, the council made a six-figure ad buy on several New Mexico TV stations praising him as a senator who "brings both sides together to get results."