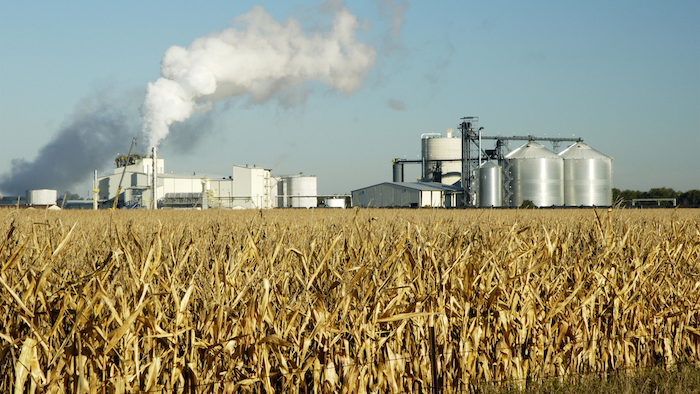 Plans for a $5 billion Tesla automobile battery plant upstaged an announcement Thursday that a northern Nevada biofuel production plant would receive a federal loan guarantee for a little under 40 percent of its $266 million cost.

Federal Agriculture Secretary Tom Vilsack and Senate Majority Leader Harry Reid joined Fulcrum Sierra Biofuels chief executive E. James Macias in declaring his project ready for construction by the end of the year and touting military uses for the estimated 10 million gallons of diesel, maritime, and jet fuel it is expected to produce by 2016.

"USDA support is going to bring real ... and sustained economic growth to the state of Nevada," Macias said.

Construction on the Sierra BioFuels Plant in Storey County, the first of its kind in the state, will begin this year and take two years, Macias said. It will be in the same McCarran, Nevada, industrial park where carmaker Tesla plans to build its factory to produce its electric vehicle batteries.

The officials noted that Cathay Pacific Airways plans to obtain about 375 million gallons of sustainable aviation fuel from the Nevada plant over 10 years, or 2 percent of its annual fuel supply.

Reid drew the loudest applause from the almost 500 people attending opening comments when he said Tesla was coming to Nevada. He said the official announcement would come later in the day from Republican Gov. Brian Sandoval and Tesla CEO Elon Musk.

Reid noted that Musk spoke two years ago to the Las Vegas conference about the importance of innovation and investment in clean energy, and that Tesla benefited four years ago from a $465 million federal Energy Department loan that allowed it to build a manufacturing plant in California.

"Tesla is the company it is today because of this loan," Reid said.

Reid also said Nevada's efforts to lure the Tesla plant benefited from a ready supply of lithium for battery production. He pointed to a $28.4 million Department of Energy grant in 2010 to Rockwood Lithium for a lithium carbonate and lithium hydroxide plant in Silver Creek, Nevada.

"Tesla will have access to lithium right here in Nevada," Reid said.

Former Secretary of State Hillary Rodham Clinton was the scheduled featured speaker at Reid's seventh annual renewable-energy conference at the Mandalay Bay resort on the Las Vegas Strip. Officials last year announced that solar panels would be installed on the roof of the conference host hotel.

A tax differential between traditional fossil fuels and renewables drew criticism from Reid and Myron Gray, president of United States operations for UPS.

"We burn a lot of oil," Gray told reporters during a conference-opening news conference with Reid, Vilsack, and Macias.

Gray said liquefied natural gas costs about 7 percent more than diesel, and called for federal lawmakers act to reduce taxes on LNG to the same level as traditional fuels.

"That's an extra tax that companies like ours are paying for trying to do the right thing," Gray said.

For more information on Tesla, check out: