EQT Corp. told the Pennsylvania Department of Environmental Protection that it sent 21 tons of drill cuttings from its Marcellus Shale wells to area landfills in 2013, but landfills in southwestern Pennsylvania told a different story. Six facilities in this part of the state reported... 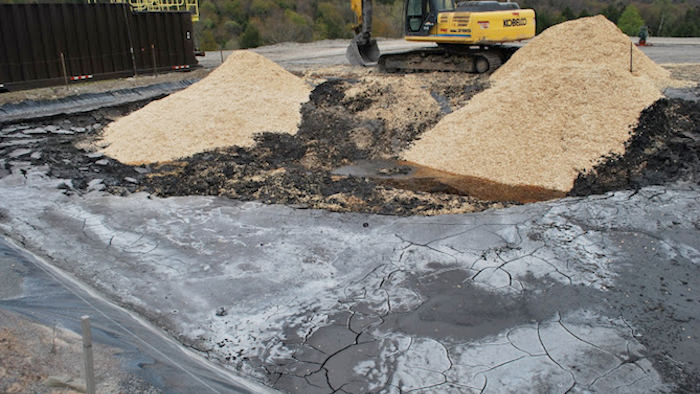 EQT Corp. told the Pennsylvania Department of Environmental Protection that it sent 21 tons of drill cuttings from its Marcellus Shale wells to area landfills in 2013, but landfills in southwestern Pennsylvania told a different story.

Six facilities in this part of the state reported receiving nearly 95,000 tons of drill cuttings and fracking fluid from the Downtown-based oil and gas operator last year.

The landfills' records are the correct ones, said Mike Forbeck, waste management director with the DEP. He said the agency has opened an investigation into drillers' under-reporting of landfill waste.

The EQT case — 21 tons vs. 95,000 tons — may be the most dramatic example of how data submitted by oil and gas operators doesn't match up to reporting required of landfills. The DEP said it has been aware of the problem for "a number of months" and is looking into why the different reporting channels aren't yielding the same results.

When the EQT figures were brought to its attention, the DEP launched an investigation into the company's reporting practices, said John Poister, a spokesman for the agency.

"We don't understand why there's that discrepancy," Mr. Forbeck said.

Asked for comment on inconsistencies in waste sent to landfills by Range Resources last year, the DEP started another investigation and found that Range's numbers were off by 22,000 tons compared with what landfills reported receiving from the Texas-based driller in 2013.

"We're also having discussions with the company to try to find out what's going on there," Mr. Forbeck said.

Range's spokesman Matt Pitzarella said the company did its own review and "noted document discrepancies that we are currently working with our vendors and the DEP to correct."

"It appears as though, through basic human error perhaps, that we only submitted the paperwork for one landfill vendor and not the rest, which makes up the majority of our gap," Mr. Pitzarella said.

He added the company has "reaffirmed that all materials were safely disposed of and in compliance with regulations and properly manifested."

EQT declined to "speculate on the landfill reports" and said trying to match where operators say their waste goes with the facilities that receive it is not an "apples-to-apples" comparison, according to spokeswoman Linda Robertson.

The DEP would not say if other companies are being investigated as part of the agency's probe into the issue.

Across the board, nine southwestern Pennsylvania landfills analyzed for this story reported accepting three to four times the amount of waste that operators said they sent there.

Two landfills that accept a lot of Marcellus Shale waste — Yukon in the Westmoreland County community of the same name and Burger in Washington County — aren't required to file quarterly reports with the DEP as part of a consent agreement.

However, their manager, Carl Spadaro, said Yukon took in 135,980 tons of oil and gas waste last year. Oil and gas drillers reported disposing of 26,485 tons there.

Some landfills, such as Imperial — named after its host community in Allegheny County — reported accepting waste from a handful of operators that never indicated the facility as a destination in 2013. Drill cuttings and fracking fluid waste from Range Resources, Royal Dutch Shell, Consol Energy, Rex Energy, and Energy Corp. of America ended up at the landfill last year, but only Denver-based Energy Corp. of America listed Imperial as a disposal target.

Often, companies report sending their waste to facilities categorized as centralized treatment plants for recycling, such as Weavertown Transportation Leasing or McCutcheon Enterprises Inc. Then those companies bring some of that trash to landfills, as is evident from landfill reports that sometimes identify both the origin of the waste and the transportation company that hauled it.

Spotting inconsistencies in the amount of waste at landfills is difficult for several reasons, the main reason being that drilling operators report their waste electronically and the data are stored in a publicly accessible database on the DEP's website. Landfills, on the other hand, send paper copies of spreadsheets that are stored in binders at regional DEP offices.

"We also believe that, in many cases, what is filed electronically are estimates and not necessarily based on real numbers, which would be available from the landfills," Mr. Poister said. To that end, the DEP's investigation might result in standards for estimating and reporting, he said.

Landfills also are required to report more types of waste than oil and gas operators. For example, a Marcellus driller doesn't have to say how much construction trash was taken off the well site. Landfill reports — which are more detailed — indicate that's a small fraction of incoming oil and gas waste.

Landfills are just one destination for Marcellus Shale waste, which includes drill cuttings, fracking water and brine, flowback sand, and other liquid streams.

The majority of liquid waste that operators don't recycle onsite goes to a centralized treatment facility. Another large chunk is pumped into injection wells. Both of those disposal destinations have to report to the DEP — on paper — how much waste they receive, but the agency said it isn't looking into whether their numbers match what the operators say they're sending to those facilities.

The DEP currently has no reason to suspect they don't match, Mr. Poister said.

The Post-Gazette analysis examined landfill records from 2013 only. The DEP said its investigation showed discrepancies between operator and landfill reporting have actually narrowed over the years.

Some companies appeared better able to match their numbers to landfill figures, while others had far larger gaps.

Mr. Poister and Mr. Forbeck said the discrepancies are a concern, but DEP uses landfill numbers in decision-making about the waste program, not operator-submitted figures.

"We know the number. We know the amount (of waste). We know it's accurate at the landfill level," Mr. Poister said. "The area of discussion is going to be why the discrepancy and why under-report it."