Significant amounts of natural gas on federal lands are being wasted, costing taxpayers tens of millions of dollars each year and adding to harmful greenhouse gas emissions, a congressional investigation has found. 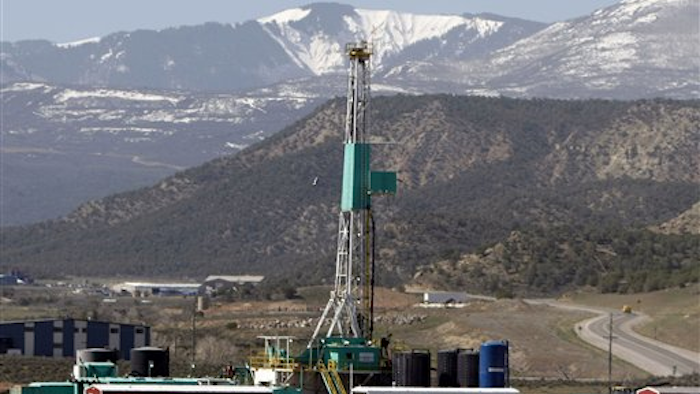 Significant amounts of natural gas on federal lands are being wasted, costing taxpayers tens of millions of dollars each year and adding to harmful greenhouse gas emissions, a congressional investigation has found.

The nonpartisan Government Accountability Office also said the Bureau of Land Management failed to conduct production inspections for hundreds of high-priority oil and gas wells — roughly 1 out of 5 — to ensure full payment of royalties to the U.S.

The report, obtained by The Associated Press before its public release, is the latest to highlight substantial gaps in oversight. An AP review of government records last May found the agency, which manages oil and gas development on federal and Indian lands, had been overwhelmed by a boom in a new drilling technique known as hydraulic fracturing, or fracking.

The GAO report said it had been urging BLM, an agency of the Interior Department, to update guidelines for the burning or venting of natural gas since at least 2010, when it found 40 percent of it could be captured economically and sold. BLM has yet to do so, although agency officials now say they are in the process of putting together various orders and a proposed rule for comment later this year.

Until then, government investigators called BLM's management of oil and gas "high-risk" for waste and fraud.

"The Interior Department has known for at least a decade that companies have been wasting natural gas from oil and gas wells on public lands," said Sen. Ron Wyden, D-Ore. "Venting and flaring natural gas from these wells hurts the environment and speeds up global warming, and it shortchanges the taxpayers."

He joined Reps. Peter DeFazio, D-Ore., and Raul Grijalva, D-Ariz., the top Democrat on the House Committee on Natural Resources, in calling on the department to redouble efforts to stem waste, rather than give "drilling companies a pass to let millions of taxpayer dollars evaporate into thin air."

Companies that drill for natural gas pay the federal government a royalty on the gas they extract; they are also allowed to burn or release publicly-owned gas from wells in certain amounts for free.

But GAO said BLM was underestimating the amount of gas vented and flared and failing to collect royalties for that gas. Based on data from the Environmental Protection Agency, the GAO calculated in 2010 that the government was losing at least $23 million annually in lost sales, an amount that environmental groups say has since grown due to increased drilling activity.

Much of the vented gas is methane, a greenhouse gas roughly 25 times more potent than carbon dioxide. Using EPA estimates, the GAO concluded that capturing the vented gas would be the equivalent of removing 3.1 million cars from the road or closing four average-sized coal-fired power plants.

Pieter Tans, lead scientist of the Global Greenhouse Gas Reference Network at the National Oceanic and Atmospheric Administration, said methane is an important contributor to global warming, but that carbon dioxide emissions remained the no. 1 target. "It's more easy to do something about methane than it is to do something about CO2," he said.

The report also found that BLM repeatedly failed to meet annual inspection goals for high-risk wells. In 2013, for example, it did not complete production inspections on 19 percent of the wells it considered at high risk, GAO said.

The Interior Department generally concurred with the GAO's findings, saying it had taken steps to improve its data on the venting and flaring and would update its rules. It generally pointed to a lack of funding for delays and noted that President Barack Obama had requested more money in his budget for inspections, in part by collecting fees from oil and gas companies. "This authority would provide much needed resources to support BLM's cradle to grave responsibilities for wells," wrote David Haines, deputy assistant secretary for the Interior Department.

In a statement Wednesday, the department emphasized that it recognized its responsibility to recover lost taxpayer revenue and protect the environment. "That's why we're updating our decades-old standards to encourage the kind of infrastructure and technology that many companies operating in the Bakken and Permian basins have demonstrated can reduce harmful emissions and capture the natural gas," said spokeswoman Jessica Kershaw.