WASHINGTON (AP) -- Halliburton Co. acknowledged that it skipped a critical test on the final formulation of cement used to seal BP's oil well before it blew out catastrophically in the Gulf of Mexico.

The company, which was BP's cementing contractor, came under increased scrutiny when investigators from the president's oil spill commission revealed Thursday that tests performed by the company before the deadly blowout showed the cement to be unstable.

Halliburton in a statement issued late Thursday night said it did not conduct a stability test on the final mix of cement after a last-minute change by BP added more of a certain ingredient. Earlier statements by the company had said tests showed the cement to be stable.

The cement mix's failure to prevent oil and gas from entering the well has been identified by BP and others as one of the causes of the accident, the largest offshore oil spill in U.S. history.

BP and Halliburton decided to use a foam slurry created by injecting nitrogen into cement to secure the bottom of the well, a decision outside experts have criticized.

The panel said Thursday that of four tests done in February and April by Halliburton, only one -- the last -- showed the mix would hold. But the results of that single successful test were not shared with BP, and may not have reached Halliburton, before the cement was pumped, according to a letter sent to commissioners Thursday by chief investigative counsel Fred H. Bartlit Jr.

Halliburton said Thursday that that successful test was performed on a mixture different than the one eventually used. While some tests were conducted on the new formulation requested by BP, those tests did not include a foam stability test, the company said.

According to the panel, BP at the time of the blowout had in hand results from only one of the tests -- a February analysis sent to BP by Halliburton in a March 8 e-mail that indicated the cement could fail. The slurry tested in that case was a slightly different blend, and assumed a slightly different well design, but there is no indication that Halliburton flagged the problem for BP, or that BP had concerns, the letter said.

"Halliburton (and perhaps BP) should have considered redesigning the foam slurry before pumping it at the Macondo well," Bartlit wrote.

Independent tests conducted for the commission by Chevron on a nearly identical mixture were also released Thursday. The results concluded that the cement mix was unstable, raising questions about the validity of Halliburton's test showing that the near-final mixture was stable. The company said the "significant differences" between its internal tests and the commission's were caused by the use of different materials.

BP, as part of its internal investigation, also conducted independent tests that showed the cement mix was flawed, but its analysis too was criticized by Halliburton, which said it was not the correct formula. BP's report also mentioned a cement test Halliburton performed in mid-April, but it appears BP obtained the results after the accident and considered its methods flawed.

By contrast, the commission obtained proprietary additives from Halliburton as well as a recipe to re-create the slurry that was used on the well. One and a half gallons of the actual mix used on the rig remain, but it is being held as evidence in criminal and civil investigations.

Halliburton rejected the commission's claims that the February tests were conducted on a cement that was similar to the one used.

"Contrary to the letter...the slurry tested in February was not 'a very similar foam slurry design to the one actually pumped,'" the statement reads. The company also says there were significant differences in how the cement was tested.

The independent investigators do not address other decisions that could have contributed to the cement's failure and the eventual blowout, such as BP's decision to use fewer centralizers than recommended by Halliburton. Centralizers make sure the well's piping is centered inside the well so the cement bonds correctly.

BP has also been criticized for not performing a cement bond long, a test that checks after the cement is pumped down whether it is secure. There are also questions about whether BP pumped down enough cement to seal off the bottom of the well, which was located more than three miles below sea level. 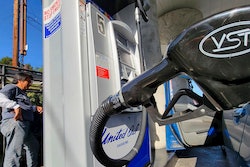 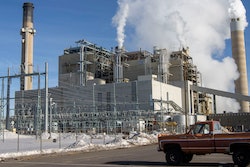