OSAKA (AP) -- Japan's Sharp Corp., one of the world's largest producers of LCD TVs and panels, said Tuesday it has agreed to acquire solar project developer Recurrent Energy for $305 million in cash.

The deal comes as Sharp looks to take position as a developer of solar cells, modules and market power generation plants, among other technologies.

"It is essential for Sharp to function as a developer in the photovoltaic field in order to further expand its business in this area," said Toshishige Hamano, Sharp's executive vice president for overseas business.

Under the terms of the agreement, Sharp will completely buy out shareholders of San Francisco-based Recurrent, which include Mohr Davidow Ventures and Hudson Clean Energy Partners.

Recurrent Energy CEO Arno Harris will retain his title and continue to lead the company following its acquisition. He will report to Hamano.

Recurrent's executive team and other employees also will remain with the company, Sharp said.

Recurrent Energy's development pipeline of more than 330 MW of projects includes 170 MW with the Ontario Power Authority, 60 MW with the Sacramento Municipal Utility District, and 50 MW with Southern California Edison.

The transaction is expected to close before the end of the year.
Latest in Energy 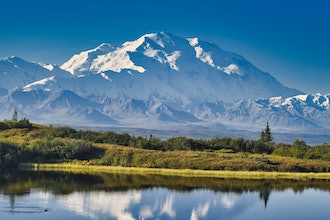