At least Mr. Camping had the courage to be specific enough so that his claim could be falsified, as indeed it has been. The predictions of the global-warming camp are so fungible that tying them down is like trying to nail jelly to the wall.

As some readers may have heard, May 21, 2011, was supposed to be Judgment Day, at least according to Harold Camping, a religious broadcaster who has predicted dates for the end of the world at least twice now.

In fairness to Mr. Camping, I agree with him that it was at least logically possible that May 21 would be Judgment Day, believing as I do in the second coming of Christ. But logical possibility is also about as much as I can say about the much larger numbers of global-warming Judgment Day forecasters, many of whom sit in the seats of scientific authority and government power.

In contrast to Mr. Camping’s prediction, which was largely held up to ridicule, the prediction that our continuing to burn fossil fuels will lead to a wide variety of present and future climate disasters ranging from droughts to floods, tornadoes, and hurricanes has been taken very seriously for many years in the highest centers of government and science.

The U.S. Environmental Protection Agency is now considering the regulation of carbon dioxide emissions as a pollutant, and could cripple huge swathes of the economy with a single ruling. Against the array of global-warming prophets ranging from Al Gore to President Obama, only a few voices are raised. Those who do object are usually dismissed as cranks, religious fanatics, scientific ignoramuses, or some combination of the preceding. But that is a little harder to do when the person raising the objection holds a named chair in the Department of Physics at Princeton University.

In a recent article in First Things magazine, Princeton physicist William Happer points out that even after the rise in carbon dioxide levels in the world’s atmosphere over the last century or so, the figure is still low by historical standards. To be specific, right before the Industrial Revolution got under way, ice cores and other data show that the carbon-dioxide content of the atmosphere was about 270 parts per million. It now stands at 390 parts per million. But about 80 million years ago, the level was 1,000 parts per million, and guess what? The plants loved it (they need a certain amount in the air to survive at all), and life was just as abundant on earth then as it is now, if not more so.

Happer’s point is that calling carbon dioxide a pollutant is like calling rain a hazardous substance because when you get too much, it causes a flood. Yes, floods are bad, but we don’t pass laws against rain as a result. And passing laws against carbon dioxide isn’t much more logical.

According to Happer, the science of “climate change” (which is now the preferred term in some circles) has been co-opted by political and economic interests who have fallen victim to a species of mass hysteria. The climate crusade is our age’s great bandwagon, a secular cause that delivers dictates which are as close to moral absolutes as secular authorities get.

The logic goes something like this, with my parenthetical comments about each step: Scientists say burning fossil fuels raises the level of carbon dioxide in the atmosphere (true), which in turn will cause the average temperature to rise (maybe) and lead to all kinds of problems ranging from rises in the world’s ocean level to massive and sudden climatic shifts that will cause famines, floods, and other disruptive effects (not clear at all).

Therefore, we have a moral imperative to burn as little fossil fuel as possible, and this moral imperative takes precedence over just about any other cause you care to name, because if climate change makes the world uninhabitable, then nothing else matters. The world views of most authorities in this matter do not include the conventional religious category called “sin,” but based on this logic, burning fossil fuels, or even renewable fuels such as corn-based ethanol which contribute to the carbon dioxide burden, is the closest thing they have to a sin.

What Happer does is to call into question the earliest link in this logical chain: Will rising carbon dioxide levels really cause problems of the magnitude that Al Gore and people like him believe? There are two answers to that question. One is, maybe not. Global average temperatures have changed a lot more in the past, and a lot faster, than anything we have seen in recent history, and life and humanity survived. The second answer is, even if some of the dire predictions come to pass, human life is incredibly adaptable. People find ways around all sorts of problems, and while any major climate change produces both good and harm, it will probably happen slowly enough to allow us to adapt to the changing circumstances. This is the way life evolved in the first place, and the only thing that would prevent us from adapting in the future is despotism of the kind that presently runs Cuba, for example, which has been frozen in many ways in the year 1959. Some people hold up this socialist state as a shining example of “sustainable development,” but it has achieved this dubious distinction by rigid controls on the physical, mental, and spiritual lives of its citizens. And something like Cuba’s dictatorship would be necessary if we were to fulfill the fondest wishes of those who want our carbon footprints to vanish.

At least Mr. Camping had the courage to be specific enough so that his claim could be falsified, as indeed it has been. The predictions of the global-warming camp are so fungible that tying them down is like trying to nail jelly to the wall. Happer says that after the disclosure of emails by climate scientists who were trying to restrain publications of the opposition, more people are starting to realize that all is not as we have been told for many years. Let’s hope that reality and truth will come to the fore instead of group thinking, panic, and a misguided attempt to achieve secular salvation through atonement by the sacrifice of our carbon-based economy.

Sources: William Happer’s article “The Truth About Greenhouse Gases” appears on pp. 33-38 of the June/July 2011 issue of First Things magazine. I also referred to a graph of carbon-dioxide content in the atmosphere over time that appears in the Wikipedia article “Carbon dioxide in earth’s atmosphere.”

About: Karl Stephan has worked in the industry as a consulting engineer. He currently teaches college-level engineering courses at Texas State University in San Marcos, Texas. 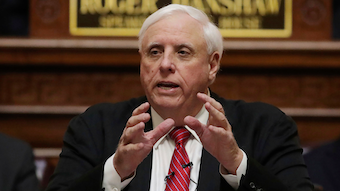 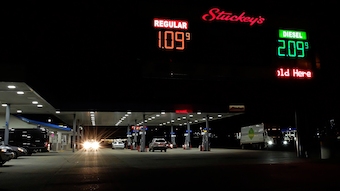